A Brief History of an 18th-Century Woven Cloth: Cassimere

Sarah’s cassimere for a future shirt: singles spun from the fold at 10,500–11,500 yards per pound. It wrapped at about 71 ends per inch and was woven at 48 ends per inch in a straight twill on eight shafts.

Inspired by a cloth sample in the collection of the Victoria & Albert Museum, Sarah embarked on a journey to re-create cassimere, an 18th-century woven cloth, for Spin Off Winter 2019.

I am deeply curious about the English tradition of spinning and the fabrics that predate the Industrial Revolution in the 18th century. Eric Kerridge’s important book Textile Manufactures in Early Modern England describes, or at least lists, an astonishing number of fabrics produced when the English woolen industry was at its height from about 1300 to 1800 CE, exporting wool and fabric to Europe and the rest of the world. 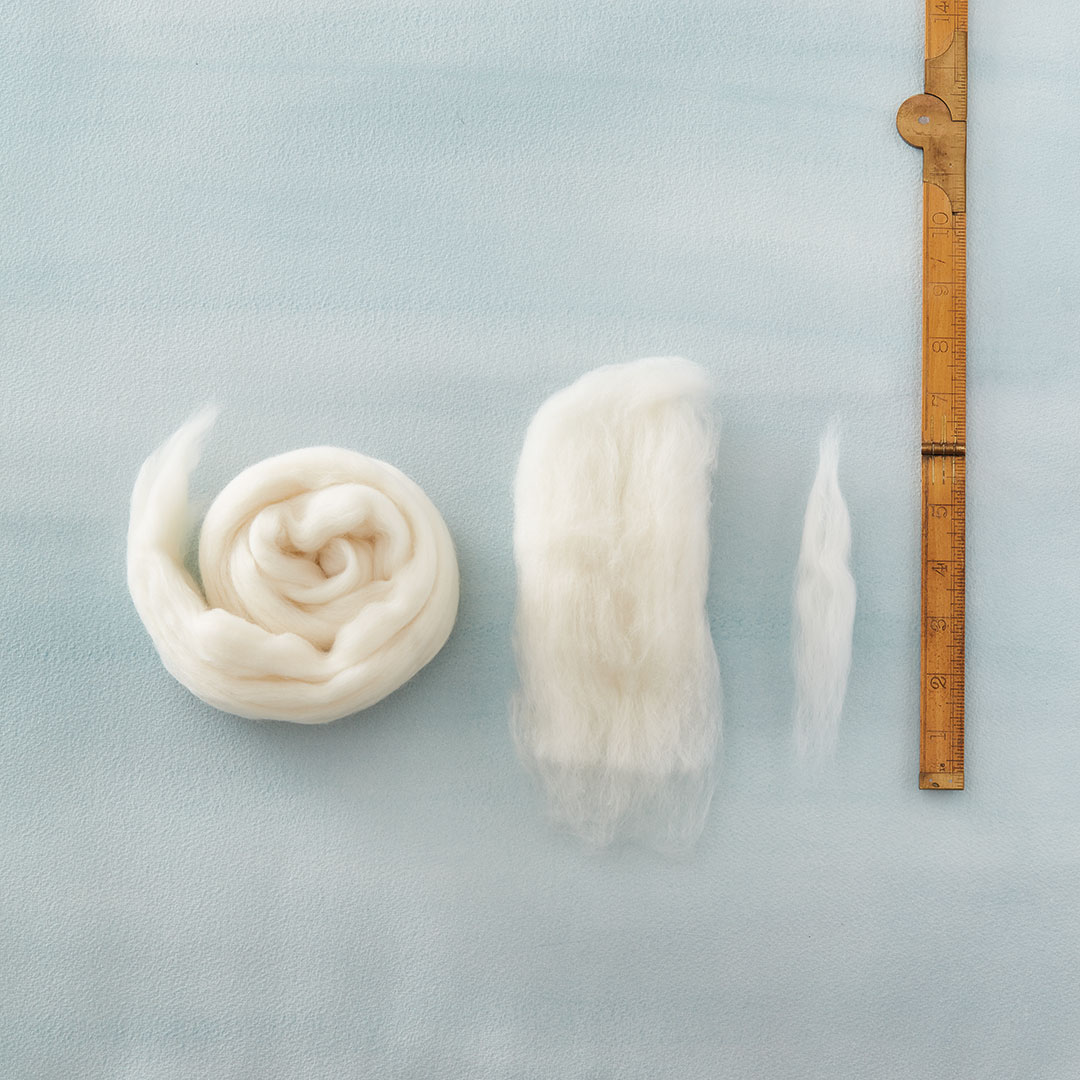 Sarah used Merino for her cassimere project. From left: Fine Merino combed top, batt after drumcarding, and sample showing staple length of the Merino used for the project. Photos by George Boe

During that significant period of English textile history, almost every area of the country produced a cloth suited to the wool of its sheep. Local spinners spun local wool into yarn, which was supplied to weavers or clothiers managing several weavers. The cloth might then be sent to a fulling mill, where it was finished and prepared for sale. Across central and eastern England, longwools were combed and spun into the famous lustrous worsteds produced in Norwich. In southwestern England, coarser wools were hard-spun for wide warps, and softer, shorter wools were carded and spun soft for weft. The resulting plain-weave cloths were fulled, teaseled (brushed with fuller’s teasels or, later, a wire gig) to raise a nap, and then sheared. During this finishing procedure, the cloth would shrink and become a dense, hard-wearing, and water-resistant fabric known as broadcloth. The various types of broadcloth were staples of the English textile industry from the fourteenth to sixteenth centuries.

Beginning in the late sixteenth century, soft Merino wools imported from Spain were prepared on fine handcards to produce weft for softer broadcloths known as Spanish Medleys. These were immensely popular and drove the development of ever-finer and softer cloth. When I came across one of the new softer fabrics—cassimere—in a sample book held by the V&A, something about it caught my attention: the name (possibly derived from cashmere to indicate its softness), its fineness, or the delicate twill structure revealed by moth damage. I wanted to know more.

Kerridge mentions cassimere only as a type of “Spanish cloth,” patented by Francis Yerbury in 1766 and made from fine Spanish Merino. Yerbury’s patent, “A New Method of Making Thin Superfine Cloth for the Summer Season at Home and Warmer Climates Abroad, Yet Notwithstanding the Thinness of Its Texture It Is More Durable Than Cloth of a Greater Substance Made In the Common Way,” describes cassimere by comparing it with traditional broadcloth. Yerbury’s new light wool fabric woven in flexible, hard-wearing twill quickly became popular in military uniforms for use in warm climates as well as in civilian clothing for the British summer. With popularity came imitation and invention, spurred by a shortage of Spanish Merino during the Napoleonic Wars of the early 1800s. Silk, cotton, and fine mohair were substituted for Merino in warp or weft to be woven into so-called fancy cassimeres. These patterned twill fabrics never saw a fulling mill. By 1817, casimir was also known as kerseymere and had become a fine-twilled woolen cloth of worsted warp and woolen weft in a diagonal twill weave. Cassimere suits for men and boys were still sold in the twentieth century, but the advertising images and references to the cloth’s “sturdy herringbone weave” make clear that this is a standard twill, not Yerbury’s fine, fulled, elastic fabric.

When Sarah Wroot and her husband arrived in Canada’s Cowichan Valley in 2017 after 40 years in the United Kingdom, her textile equipment and allowable fiber stash was roughly half the household goods. Sarah is putting it to use and recording her explorations at www.wroot.com.