This St. Patrick’s Day, let’s talk about the color green, specifically, the emerald-green dye put out by the Wilhelm Dye and White Lead Company.

Green: the color of shamrocks and arsenic. Photo by Irene Dávila on Unsplash.

St. Patrick’s Day is coming up soon! Originally, I thought it might be fun to write about Donegal tweed in honor of the holiday, but then I stumbled upon a Jennifer Wright article titled “The History of Green Dye Is a History of Death.” With a headline like that, I had no choice but to click the link and start reading. So, for this St. Patrick’s Day post, let’s talk about the color green, specifically, the emerald-green dye put out by the Wilhelm Dye and White Lead Company.

This vibrant-green dye was an instant hit after its introduction to the world in 1814. The dye was so much brighter and bolder than the other greens on the market at that time—and people couldn’t get enough of it. The green dye was used not just in clothes, but also in carpet and wallpaper—it was everywhere. The only problem? The Wilhelm Dye and White Lead Company used arsenic in the dye to get the green just right. 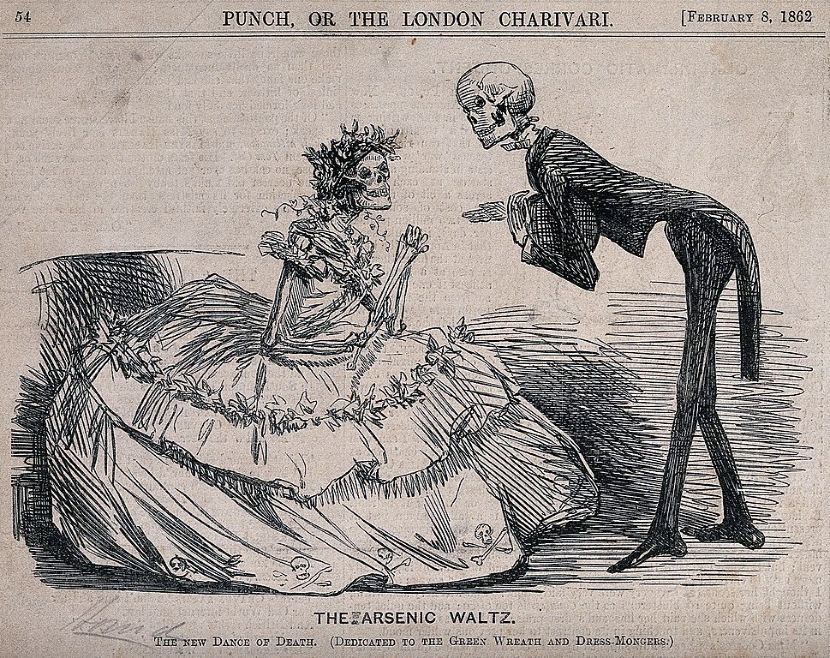 A satirical cartoon from 1862 originally published a week after chemist A. W.Hoffman published the article “The Dance of Death” exposing the dangers of arsenic based dyes. Photo courtesy of Wellcome Library.

Arsenic is, of course, a deadly poison. As you might imagine, dressing oneself and covering one’s home in a highly poisonous dye is a terrible idea, no matter how pretty said poison dye might be. Now, while I will not go into some of the more macabre details, know that this dye caused problems. There’s a story of one lady who found her hands covered in blisters after wearing a pair of green gloves. It’s also said that a foreign dignitary told Queen Victoria that her green wallpaper made him ill. The queen, who eventually had the wallpaper removed, complained that the dye had a “mouse-like odor,” making this dye not only deadly, but stinky, too.

Perhaps most surprising is that even after people had heard that the dye was potentially deadly, they kept using it. Other companies even started manufacturing the dye which was also known as “Paris Green.” For some, the joy of wearing emerald green outweighed the chance of death. People believed doctors were lying when they said the green was deadly, while others thought that as long as they didn’t get the dye in their mouth, they would be fine. They were, of course, wrong. It took decades for people to finally begin demanding alternatives to the arsenic-based dye and for governments to enact regulations on such things. 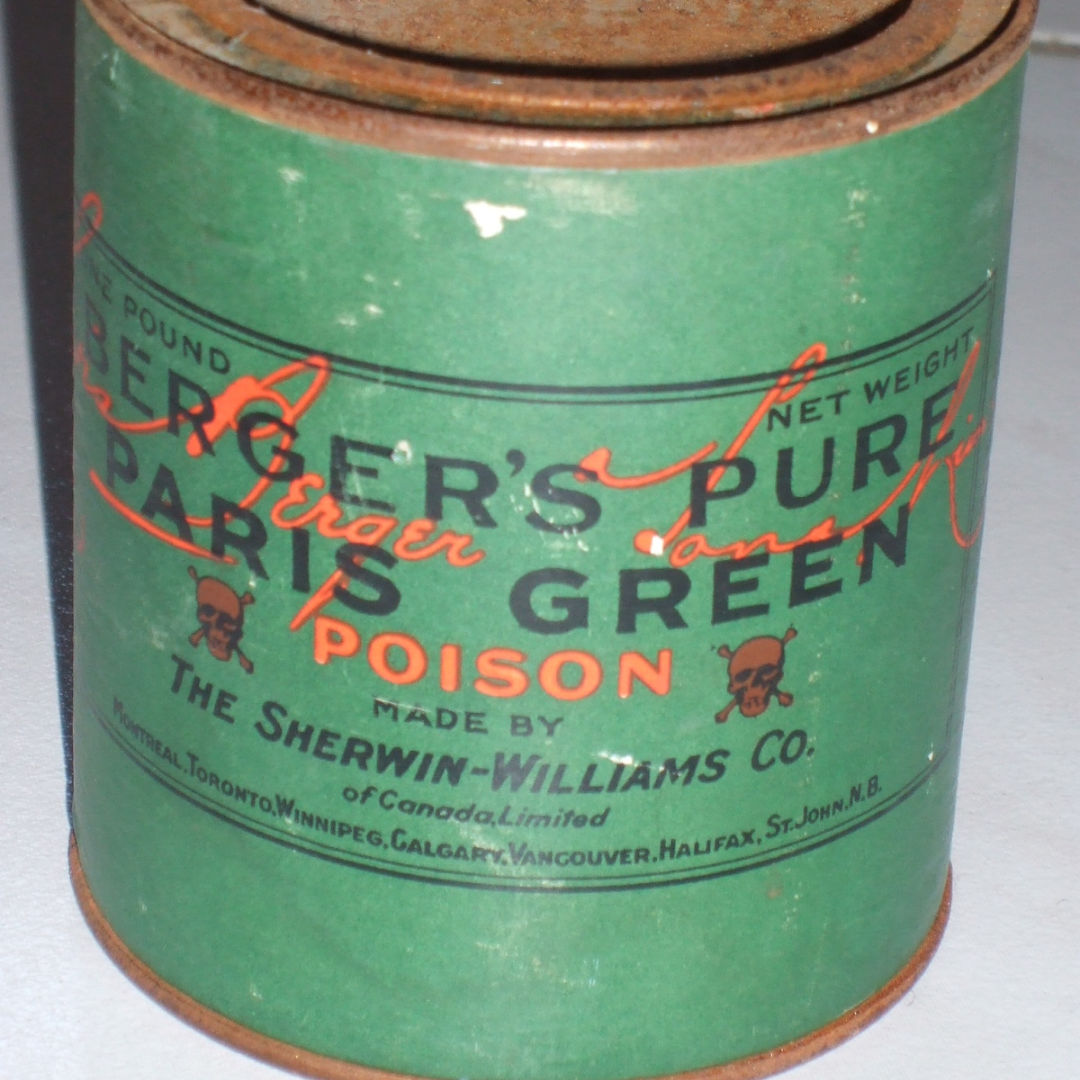 A can of Paris Green paint, just one of the products made using the deadly arsenic-based dye.

These days, fortunately, we can wear (and weave with) any shade of green we like without worry. In fact, many of us will be wearing green this St. Patrick’s Day for good luck. Of course, there are some who still view green with a suspicious eye. To this day, some professional seamstresses view green as an unlucky color, quite possibly because of this deadly-dye debacle.

If you enjoyed this story and want to know more about the deadly green dye and other stories of the terrible things people did to themselves all in the name of fashion, including crinolines that catch fire, check out Alison Matthews David’s book Fashion Victims: The Dangers of Dress Past and Present (affiliate link) (and if you wish I had stuck to writing about Donegal Tweed, there is a lovely article about Eddie Doherty—one of the last handweavers of Donegal Tweed—in the November/December 2011 issue of Handwoven).

Featured Image: Green: the color of shamrocks and arsenic. Photo by Irene Dávila on Unsplash.