Her Handspun Habit: What I Learned From Spinning on Every Single Spindle I Own

Over the course of the past few months, I’ve been doing a great deal of spindle spinning.

I’ve been putting the Golding top whorl spindles through their paces for months. Photos by Deborah Held

Over the course of the past few months, I’ve been doing a great deal of spindle spinning. My back prevents me from treadling on, or even sitting at, a wheel for more than a 30 minutes at a time, but even before this injury, I intentionally set out to spin on every single spindle I own, with the idea of culling my herd.

I’ve been at it since September of 2017, and so far I’ve made it through my top whorls (drop spindles) as well as my Turkish spindles, plus several of my “cold-dead-hands” supported spindles. 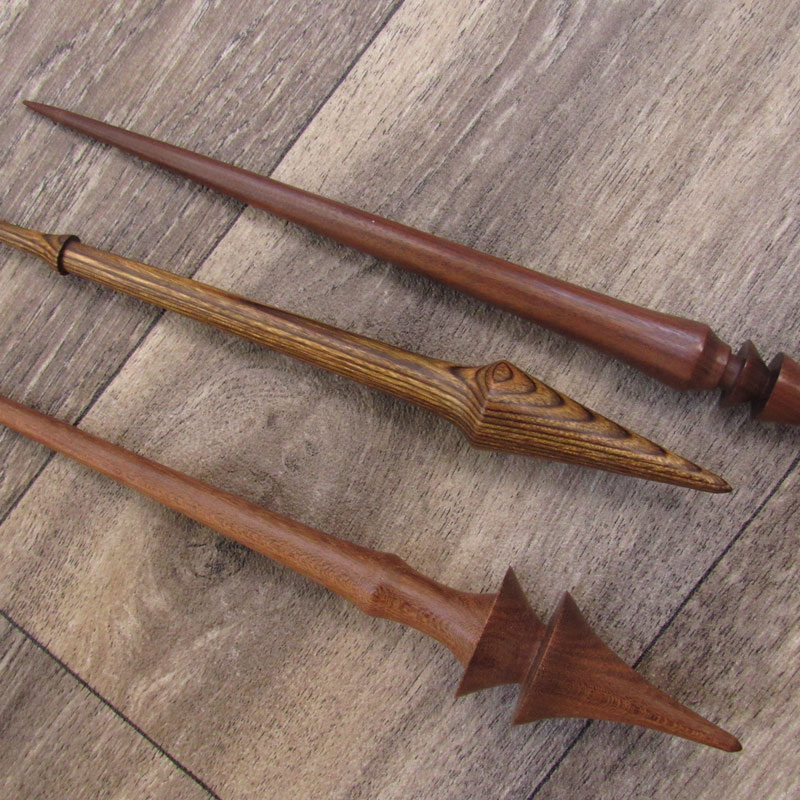 Some spindles just feel right in my hands.

Don’t be afraid to use the fine china with your daily bowl of Cheerios. I am fortunate to have a few of those coveted glass-focal support spindles in my collection. However, for far too long, I rarely used them and instead would reach for other, more everyday supported spindles.

Well, no more. Why have something exquisite in your possession if you’re not going to use and enjoy it? So I gave myself permission to enjoy “The Good Stuff,” and I’ve been doing so regularly ever since (and yes, they really are all that).

Give that spindle a second chance before you let it go. Styles of spindles vary, so just because two drop spindles are similar weights doesn’t mean you can count on both to spin similarly. And our skills are ever-evolving. You may just find that the ultra-speedy spindle you had trouble managing last year suits your needs perfectly today. Don’t rule out a spindle until you’ve given it another fair spin—and that means more than just a flick or two. Resolve to really use it, and then make a decision about its fate. 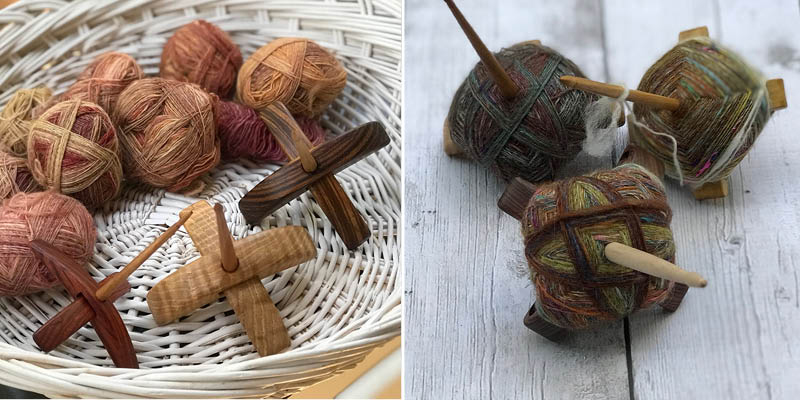 I still love Turkish spindles, but I traded away the ones at right to increase my herd of Jenkins spindles, which suit me better now.

Be open to change. I knew that I enjoyed spinning on my Turkish spindles, and I was proud of my little collection of Turks. However, when I came back to spend a fair amount of time spinning on each one as the spinner I am today, I realized that I had outgrown most of them. My needs in this spindle style had changed. Although it felt scary at first, I destashed all but one, and with that money, rebuilt my collection around my more specific needs. I didn’t think it possible, but I adore my new collection and I find it represents me well.

One man’s treasure … (you know the rest). Part of the point of reducing my collection of spindles is, obviously, to wind up with fewer spindles than I started out with (so true!). Five years in, my appreciation for the tools which have brought me so much joy in life has only grown. Now that I’ve discovered which makers’ spindles, and in which weights, rock my very world, I have found myself fighting the urge to fill in a few missing gaps.

In the spirit of decluttering, I listed a few spindles for destash as trades only, and I was fortunate enough to secure quite a few of these transactions. I was able to trade spindles I no longer needed for the very ones I’d been longing for, while also helping the spinners on the other side of these equations. All of this, for just the cost of postage.

It still boggles the mind.

Do good. Unfortunately, not every spindle has decent resale value, and that can be a bummer. In those instances, consider sharing the love by doing a good deed. There are plenty of spinners in the making who would be just gaga for your scratched or otherwise low-value spindle. Make someone’s day—and possibly even change the course of that person’s life—with the gift of a spindle you no longer need.

As I try to remind myself, “Where would I be without my craft and the people who have given me so much along the way?”

I have come a long way in my spindle-down process, though I still have plenty to get through.

Featured Image: I’ve been putting the Golding top whorl spindles through their paces for months. Photos by Deborah Held