The History of Hairshirts

Hairshirts are garments made from rough animal hair (usually that of goats) worn as a top or under a shirt and against the skin so the coarse hair will rub and scratch the wearer.

Some historical hairshirts and metal cilice on display at the Can Papiol Romanticism Museum. PHOTO BY MARIA ROSA FERRE

Lent is the time between Fat Tuesday and Easter. For many Christians around the world, it’s an especially important time. For those who don’t observe Lent, it might seem like a time when seafood goes on sale and Easter candy and eggs start to appear in stores, but for those of us who participate, it often means taking on some sort of fast as an act of penance. Things such as giving up caffeine, abstaining from meat, and taking a break from social media are all common fasts these days. (I, for one, am taking on the latter.)

While thinking about Lent’s connection to textiles, I couldn’t help but wonder about the history of the cilice, more commonly known as the hairshirt.

Hairshirts are garments made from rough animal hair (usually that of goats) worn as a top or under a shirt and against the skin so the coarse hair will rub and scratch the wearer. This discomfort serves as both an act of penitence and a constant reminder of faith so as to better avoid the temptation to sin. Some hairshirts even included bits of spiked metal meant to inflict pain and injury on the wearer. These modified hairshirts were typically used by only the most penitential of believers (or by those who wanted to appear as such). 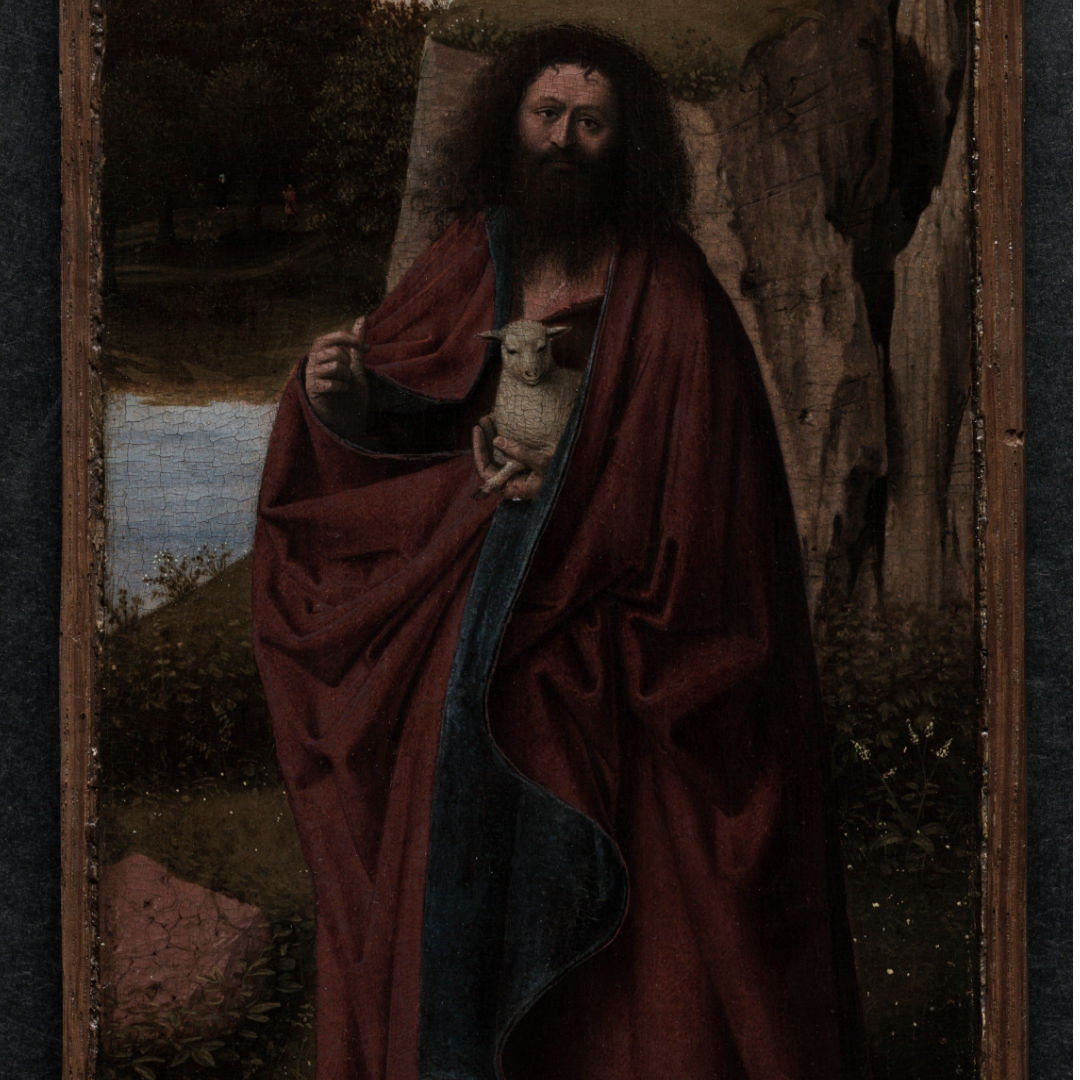 Saint John the Baptist in a Landscape by Petrus Christus. In this painting John the Baptist is shown wearing a “garment of camel’s hair” that was probably similar to a hairshirt. PHOTO COURTESY OF THE CLEVELAND MUSEUM OF ART

The earliest hairshirts were probably the sackcloths mentioned in the Old Testament. These were rough garments worn by those in mourning. They would have made the wearer only uncomfortable, though, since self-injury through cutting is forbidden by Jewish law. Throughout centuries, hairshirts have been used by ascetics, clergy, monks, nuns, friars, and devout laypeople alike. Thomas Beckett was wearing one when he was assassinated, Thomas More wore one while he was imprisoned in the tower of London, and Charlemagne was buried in one.

While hairshirts are often associated with the Middle Ages, they’re still used today by members of various Christian denominations throughout the year. During Lent, hairshirts are sometimes used as altar cloths, and small pieces of sackcloth might be given out to parishioners as a reminder that Lent is a season of repentance and piety. Hairshirts have even made their way to the fictional land of Westeros: Specifically, in George R.R. Martin’s book series (affiliate link) A Song of Ice and Fire and TV series Game of Thrones, members of the various fictional faiths wear hairshirts. I wonder how the early ascetics would have felt knowing that their act of penitence had made it into popular culture.

Featured Image: Some historical hairshirts and metal cilice on display at the Can Papiol Romanticism Museum. PHOTO BY MARIA ROSA FERRE