I Am a Spinner: Janet Metzger

Tell us about your day job.
I’ve been a working actor of stage, film, and television since 1980. And for the past 10 years, I’ve narrated audiobooks and the occasional play or two. I also teach storytelling and persuasion to law students at Emory University School of Law.

How did you become a spinner?
I had a career as a jazz vocalist—at my age, one has done a lot of things! A guitarist and I performed a Christmas concert at John C. Campbell Folk School, and I wandered into the gift shop and touched some Merino/silk roving. I wondered how I could keep touching such wondrous fiber. So, I signed up for Martha Owen’s Sheep to Shawl class and learned to spin. I came back to Atlanta, Georgia, borrowed a wheel, and joined the Peachtree Handspinners Guild. A few years later, I was elected copresident (that’s how we roll in Atlanta), and I began inviting great teachers to lead workshops. I’ve been a knitter since college, so now, I spin to knit.

Do your job and your fiber hobbies ever overlap?
The Denzel Washington film Flight was casting the role of Sheila, an Alcoholics Anonymous (AA) sponsor. They wanted a knitter, so I took my knitting to the audition and was cast. In the film, there’s a scene of an AA meeting where Sheila is knitting a scarf and meets Denzel’s character for the first time. After so much waiting around on set, I was able to finish that scarf.

Also, I love to listen to audiobooks while I spin, and I know other fiber artists do, too. When I am in my booth recording, I imagine that I am reading to another spinner. Mostly, I record women’s fiction, memoirs, history, and science. You can read about some of the books I’ve done on my website, www.janetmetzger.com. In the spring of 2020, I’ll be recording projects from Scientific American. One of my other projects, the Sweet Magnolias series by Sherryl Woods, is being made into a series by Netflix. I imagine that I’ll be spinning while I watch! 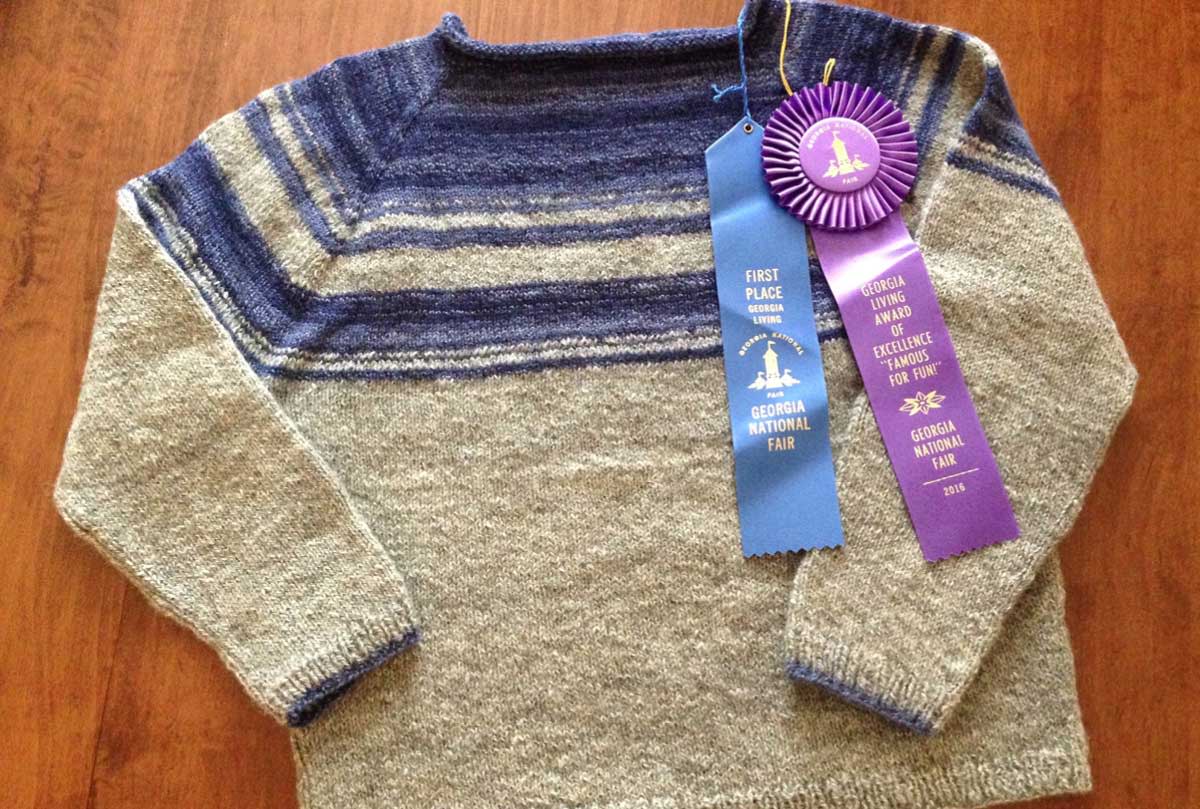 How does spinning fit into the rest of your life?
Spinning is meditation for me, and mostly, I am in the “what kind of yarn does this fiber want to be?” camp. But on occasion, I spin for a specific project. I like both approaches, and I challenge myself by spinning for competition in the Georgia National Fair each fall. I’m very proud of my blue ribbons and awards for knitting, handspinning, and natural dyeing.

DO YOU KNOW SOMEONE whom we should feature in “I Am a Spinner”? We’re especially interested in spinners with unusual careers, locations, and perspectives. Drop us a line at [email protected] Because of the volume of submissions we receive for this feature, we will only notify you if your nomination is selected.

This article was originally published in the Spring 2020 issue of Spin Off.