Join us in celebrating the diversity of crafts that spinalong members employed in making their handspun, handmade cowls.

Emily is wearing her handspun, Tunisian crochet cowl, which she gave to the doctor who treated her father for COVID-19. Photo courtesy of Emily Born

In December 2020, we invited handspinners to join us for a spinalong and make a handspun cowl using the craft of their choice. And for the past couple of months, this cheerful group of makers has dyed, blended, spun, knitted, woven, and crocheted while providing support for each other along the way. Many of the participants gifted their cowls to friends and family, sending a warm hug when they were unable to give one in person. We admire their creativity and generosity, and we asked the cowl-along members to share a photo and a few words about their handspun cowls. This gallery celebrates the diversity of crafts that our skilled makers employed. Enjoy part one of this three-part gallery series. —Editor 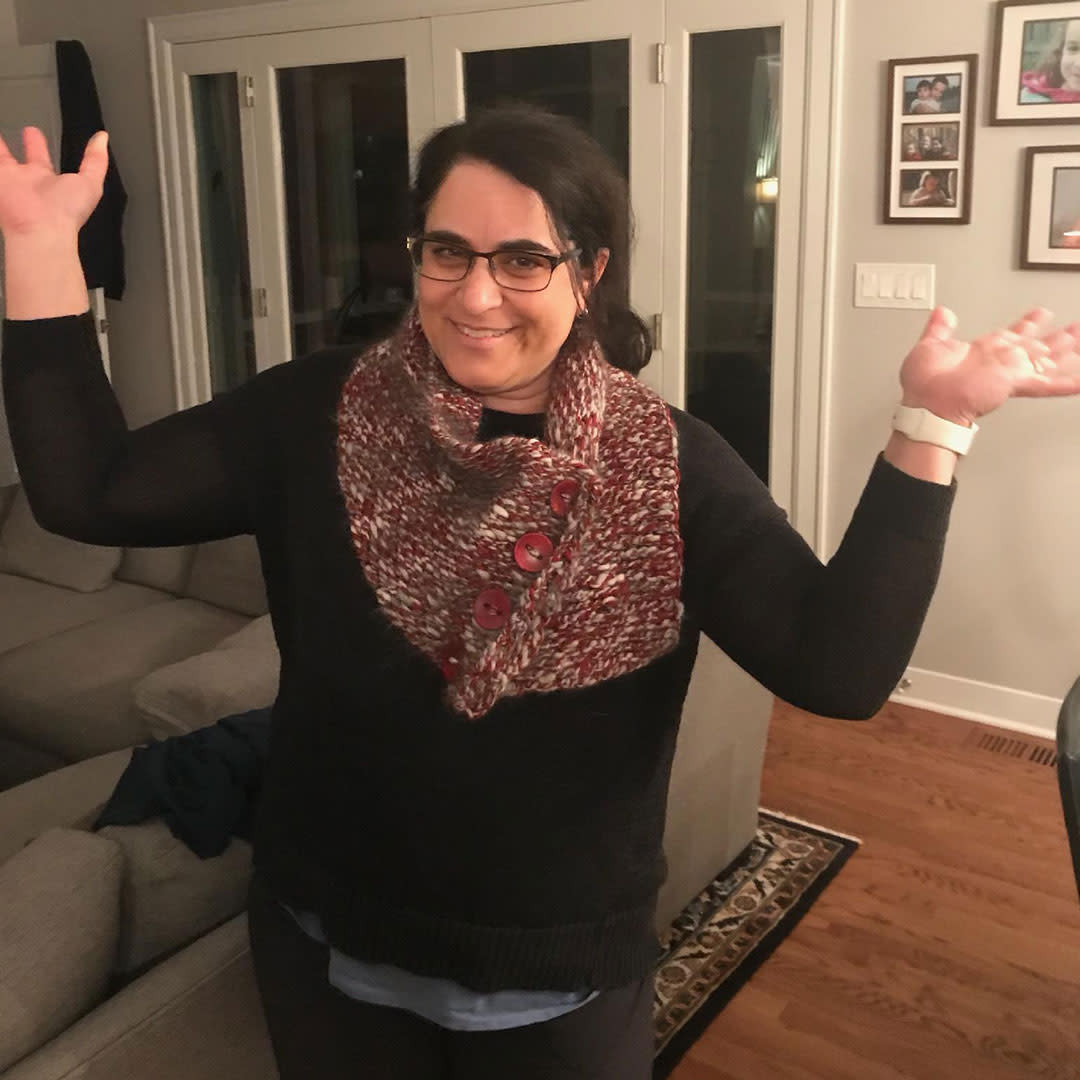 “My cowl was constructed in Tunisian crochet, using the Tunisian full stitch. The yarn is a handspun Merino/Angora blend, and the Angora is from my Angora rabbit, Frida. I made the cowl for the doctor who treated my dad for COVID-19 last year and who ultimately saved his life. I found her to be the most deserving person of a ‘hug via a handspun, handmade cowl!’” 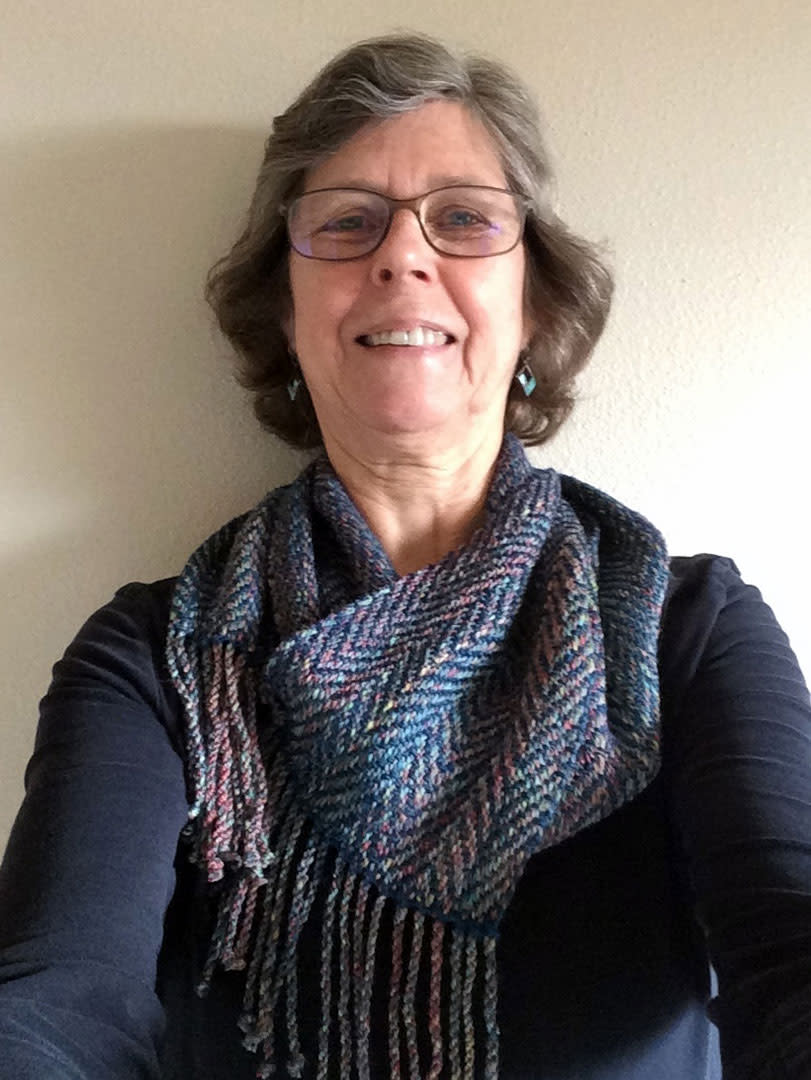 “My handspun, handwoven cowl was woven in a twill pattern on a four-shaft floor loom. The warp is a variegated two-ply yarn spun from a blend of 70% Corriedale/15% silk/15% bamboo, and the weft is a navy blue Merino singles yarn. The final size is 6-1/2 x 57 inches, so it can be used as a cowl or as a scarf.” 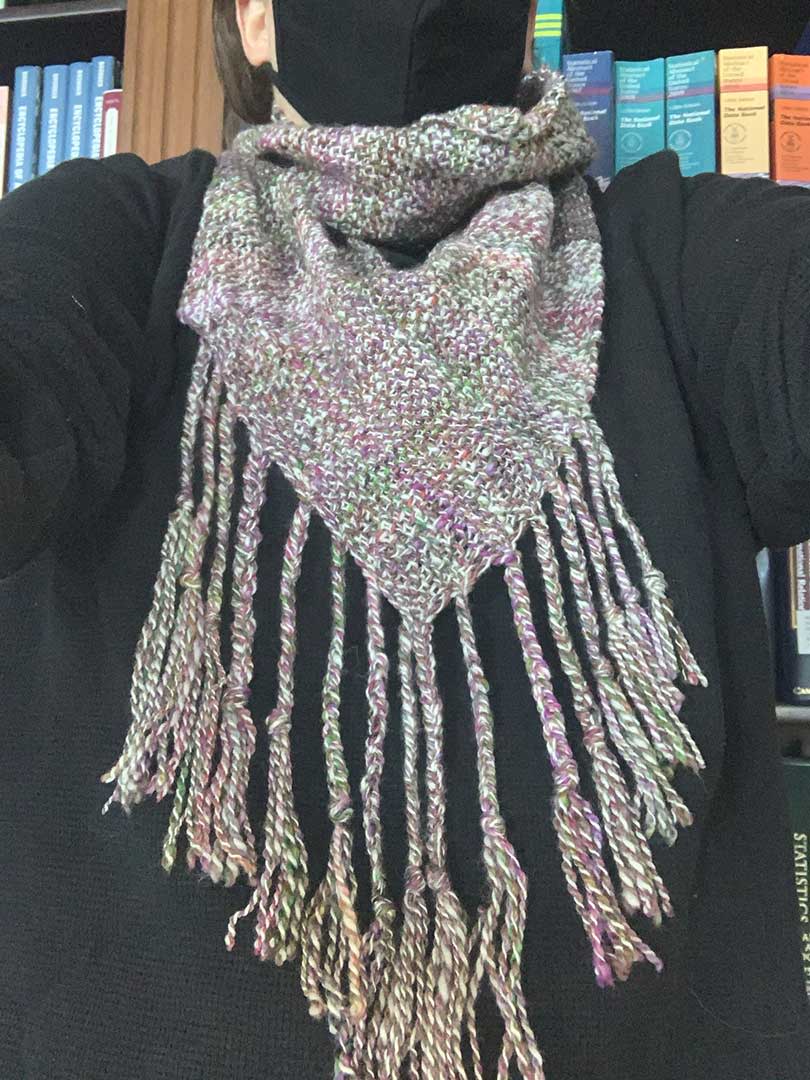 “This cowl was spun using 4 ounces of Paradise Fibers’ Creepy Corriedale blend plied with 4 ounces of white Corriedale on a Schacht Ladybug, using the medium whorl and a short forward draft. This two-ply yarn was woven on a 10-inch Ashford SampleIt rigid-heddle loom at 5 ends per inch. The front warps were used as weft for the last 10 inches to create a single, continuous cowl and to create the triangle as the front. The technique is called Hero Cowl. I braided the ends to create a fringe.” 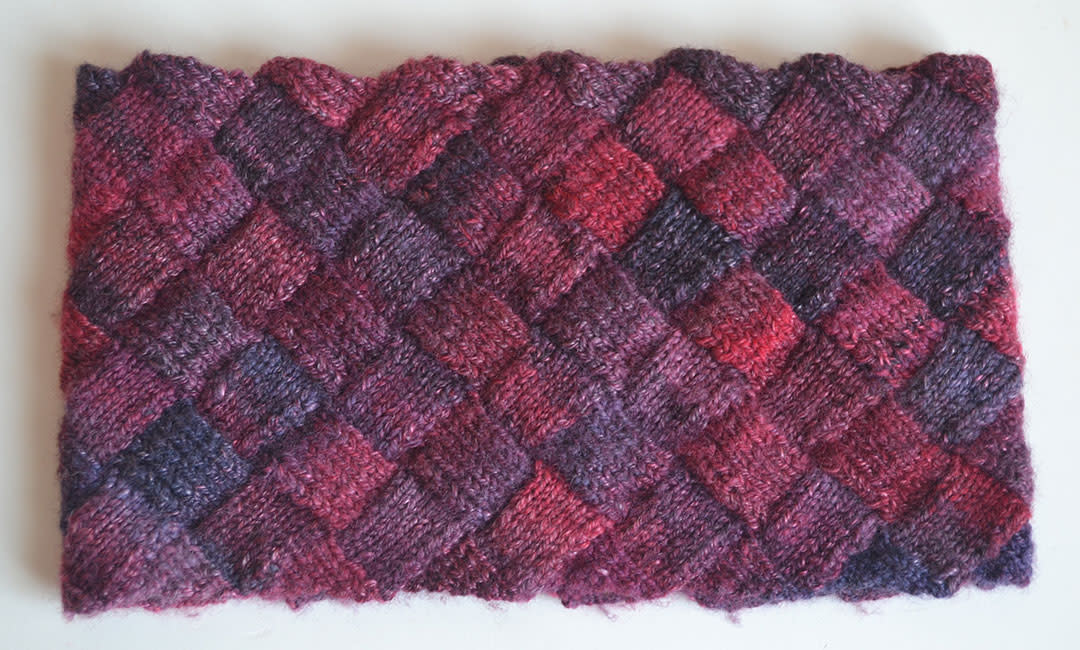 “I made the cowl with a Merino/Tencel fiber blend, which was natural and black. I dyed it shades of red and dark blue. I chain plied the yarn so the colors would be distinct. The cowl is a simple six-stitch entrelac design. I made this for my sister.” 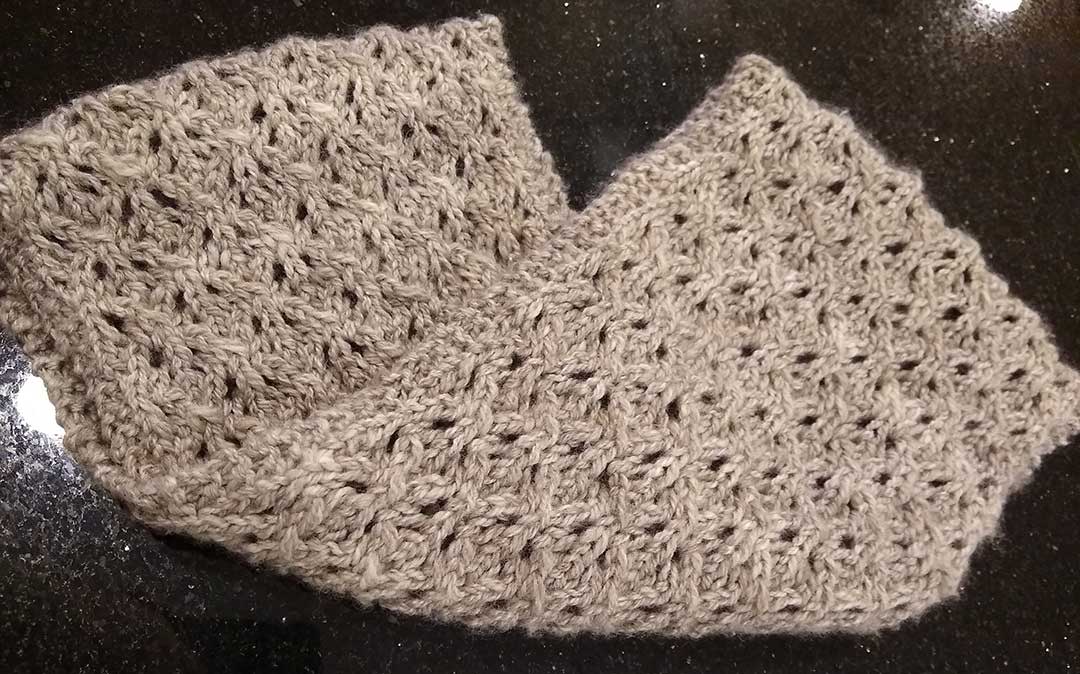 “My yarn is yak/silk/Merino blend, and I spun it on my Schacht Matchless.” 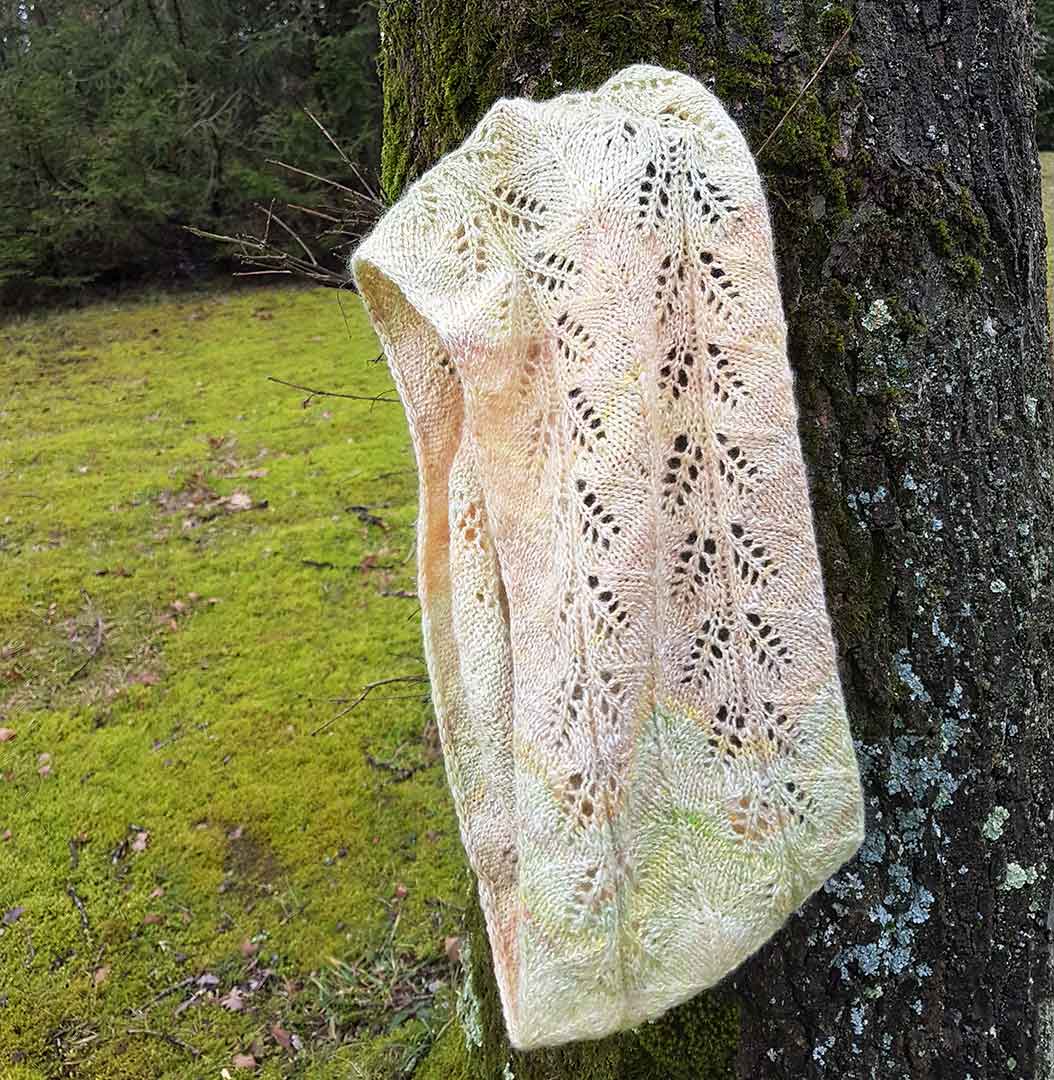 “The yellow cowl is the Östergyllen Cowl by the Swedish designer Anna Friberg. The yarn is made of Merino, alpaca, and silk. I was inspired by Suzy Brown to blend the fibers on a hackle, following her hackle-pattern system.”

To learn more about Suzy Brown’s system for blending on a hackle, see the Spring 2021 issue of Spin Off. —Editor 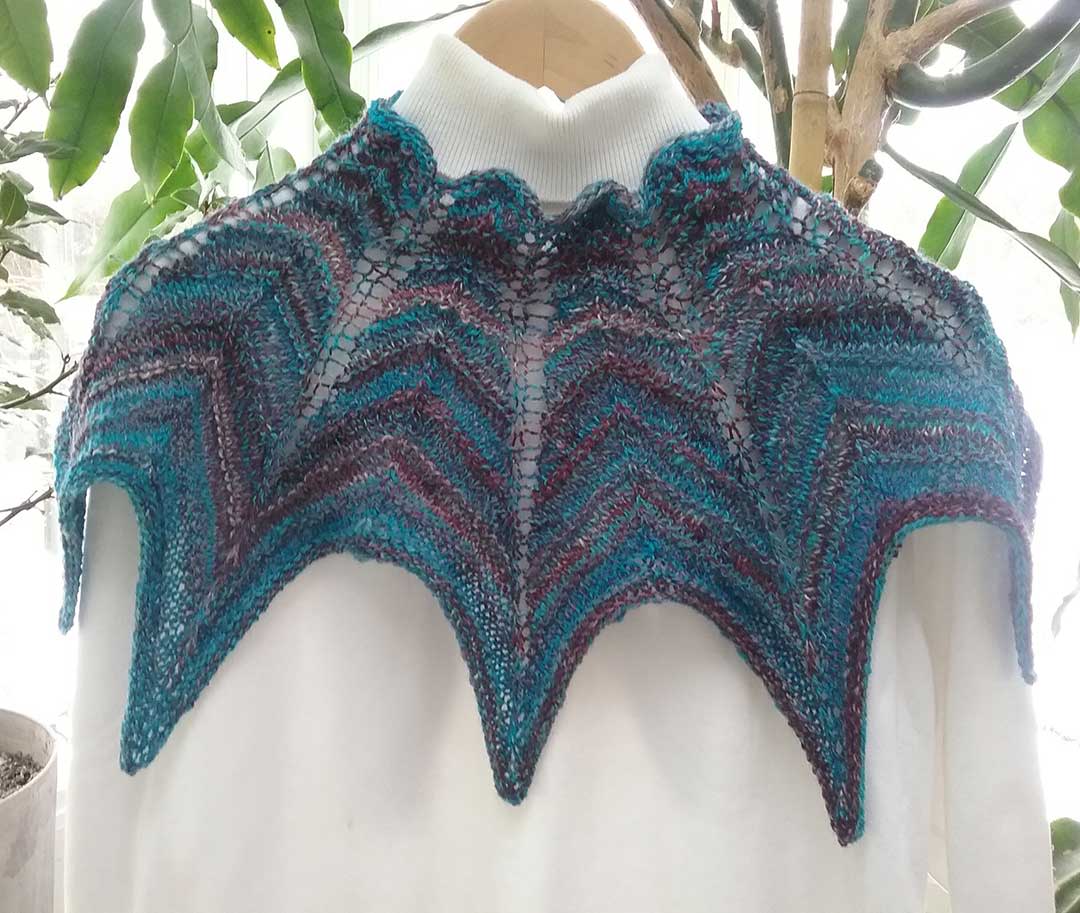 “This was a fun roving to spin. It was hand-dyed by Fatima Dias. The dragon scale–shaped cowl allowed the yarn colors to differentiate and show up very well.” 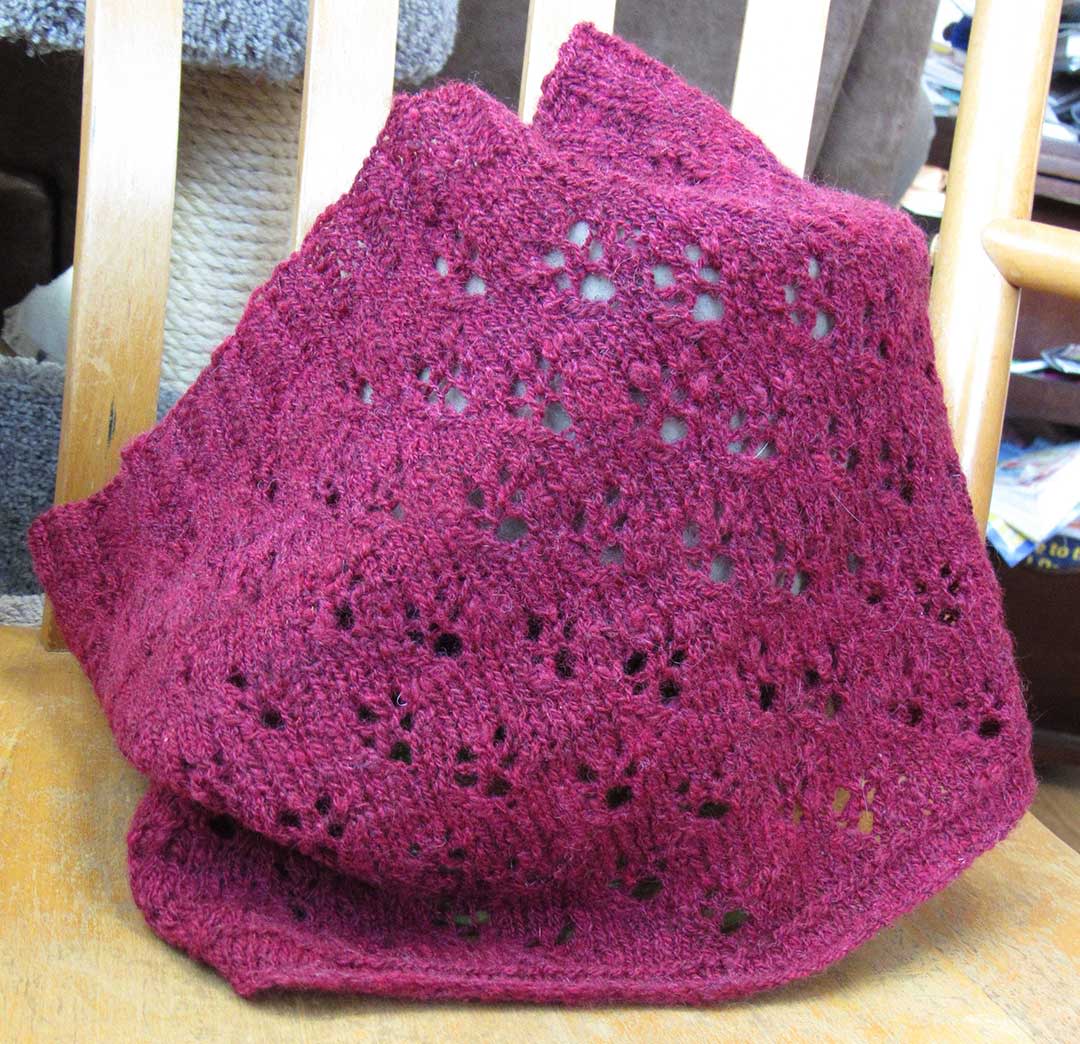 “The Violetta Cowl was knitted with a two-ply yarn spun from Jacob and alpaca roving on my Ashford Kiwi. The Jacob wool came from my own flock of sheep. I dyed the yarn with cochineal. I like this pattern for I can pull it up on my head for additional coverage.”

Check back next week to view part two: Textured Cowls.