If you want to try weaving with vicuña fiber you can try mixing it with a less expensive, but equally luxurious fiber in the warp such as guanaco or qiviut.

An illustration of an alpaca, llama, and vicuña standing side-by-side from the 1914 publication The New Student’s Reference Work.

Vicuña are rare, wild camelids that look a bit like a smaller, leaner version of their cousin the alpaca. Vicuña also happen to have some of the finest, softest, and most sought-after wool in the world.

Once reserved for Incan royalty, the soft wool from a vicuña is finer than just about any other wool. It’s also highly coveted and extraordinarily expensive. How expensive? A vicuña scarf will probably cost you around $1,500, while a sweater or jacket will probably be in the tens of thousands of dollars. 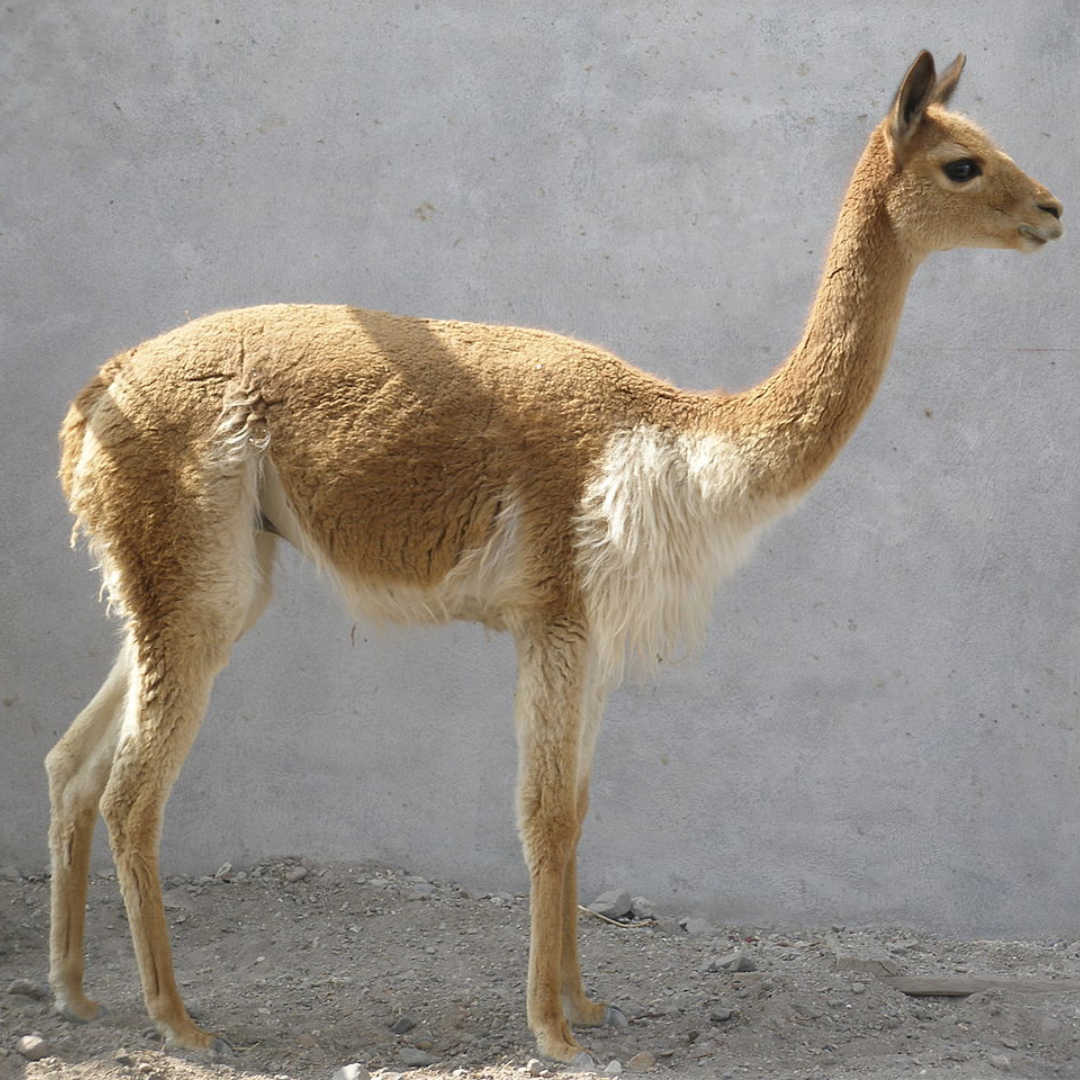 Vicuñas are similar to their alpaca and llama cousins, but quite a bit smaller. PHOTO BY THOMAS QUINE.

Why so pricy? As I mentioned before, vicuña are wild, so they can’t be raised and shorn like domesticated sheep or alpacas. Instead, they have to be captured, shorn, and released back into the wild. The process of trapping a vicuña today is very similar to the way it was done when the Incas ruled Peru. Known as a chacu, the process involves groups of people funneling the vicuña into a trap where it can be safely sheared. Another reason for vicuña’s high price point? One full-grown vicuña produces only about 1 lb of wool a year.

As often happens to highly valued animals, vicuña were the target of poachers for many years, which decimated their population. Through careful conservation efforts and government-sanctioned chacus, their numbers have grown, although they’re still considered endangered. Even so, vicuña are still harvested illegally, so if you plan on investing in vicuña fiber, yarn, or finished items, make sure the product is properly labeled with an official seal. And, of course, if you do manage to get your hands on some vicuña fiber, make sure you know how to handle it properly. Fortunately, there are excellent resources out there, including The Practical Spinner’s Guide: Rare Luxury Fibers and The Intentional Spinner. If you’re going to knit up some vicuña, I suggest trying a smaller lace project. If you want to try weaving with vicuña fiber you can try mixing it with a less expensive, but equally luxurious fiber in the warp such as guanaco or qiviut. (This would also be a good candidate for a rigid-heddle loom.)

In the meantime, I’ll probably skip trying to get my hands on the real deal and stick with this adorable fair-trade vicuña toy (affiliate link) instead.

Happy Weaving (although probably not with vicuña), Christina

Featured Image: An illustration of an alpaca, llama, and vicuña standing side-by-side from the 1914 publication The New Student’s Reference Work.