A well-skirted sheep’s fleece that has been raised with a handspinner in mind saves precious time in preparation, so that we can get to the good part—spinning! But do you know the true cost of a sheep’s fleece?

The rich hues of naturally colored sheep are a privilege of a smaller flock intended for handspinners. Photos by George Boe.

Meet shepherd and animal nutritionist Nancy Irlbeck of ANIROONZ Farm. She fills us in on the real price tag of a healthy, clean fleece.

Nancy Irlbeck pops on the fluorescent lights in the basement skirting room and a black sheep’s fleece gleams. Under the gaze of a sheep skull painted by an artist in neon colors and hung on one of the walls, a fleece the color of molasses lies spread out across a skirting frame. Irlbeck and her marketing maven, Jennifer Guyor, begin picking it over carefully with rapid, practiced hands. They pull out tiny bits of straw, locks that are off-color, any remaining tags, and inconsistencies. Some not-quite-up-to-snuff locks go into a bag on a nearby counter for felting or other projects; irredeemable bits are cast to the floor to be composted later.

Getting sheep from lambing to shearing is bales of work, time, and money. It cost Irlbeck $7 a day in 2016 to keep her flock on pasture or $21 a day to feed them in pens. “They do better on pasture, and they’re happier,” she says. But Colorado is high desert, not the cold, wet hills of Britain or the Italian Alps. Most years, at some point in late summer or early fall, there’s no pasture left and the sheep must be fed hay. 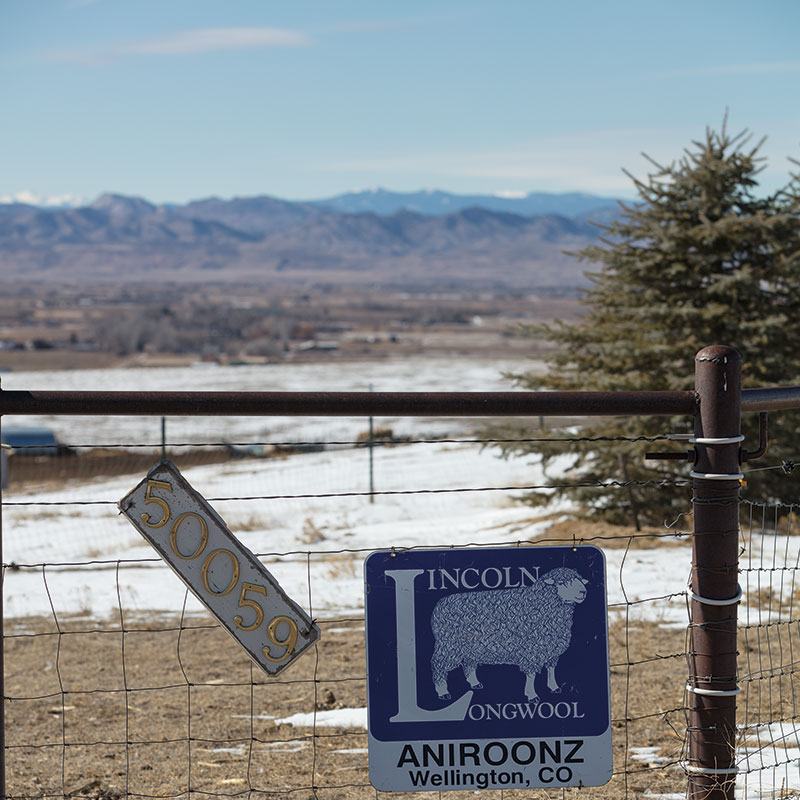 Marked only by a small sign along a dirt road, ANIROONZ is home to six rare breeds of sheep and an ambitious agricultural and educational project.

In that tally of what it costs to bring a fleece to market, the value of Irlbeck’s labor and expertise, the value of the ranch land and its water, and her baker’s dozen years of building her flock’s genetics go uncounted. So do her decades of knowledge of animal nutrition. “I just bought 2 tons of feed, that was $900, and a semitrailer load of hay, that was $3,400,” she says. “It will last until about November.” Also uncounted: Her knowledge of how to balance genetics and vigor, how to weigh each into the decision of whether you should breed a ram or ewe. 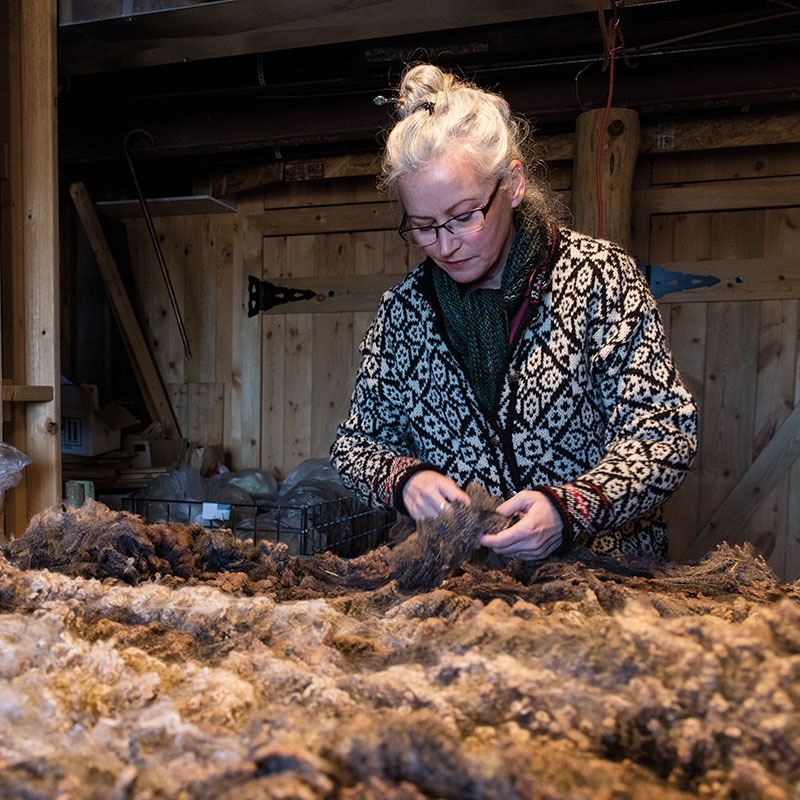 Jennifer Guyor sorts a fleece on the farm’s skirting table. Leaving the best fi ber for the handspinner, she saves lesser locks for the farm’s small runs of millspun yarn.

The deep, darker-than-molasses fleece on the skirting frame is definitely worth it. Fine and clean, it takes only about half an hour to skirt. Guyor whips out her phone to photograph it for ANIROONZ’s Instagram feed, where some of the ranch’s best fleeces are sold the same day they’re pictured.

The next fleece up for inspection is one of Irlbeck’s special crossbreeds: Bluefaced Leicester and Teeswater. Irlbeck began crossing the two to get the BFL’s legendary long staple with more volume and more luster. 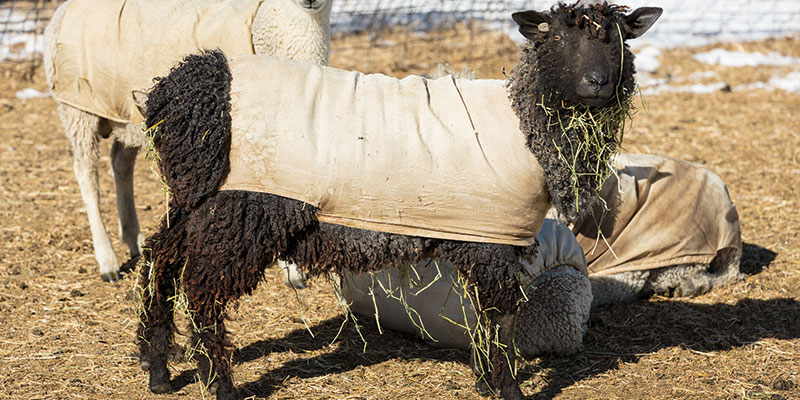 Guyor goes back to skirting. Soon, there’s a chirp from her phone. “Eighteen minutes,” she crows. “I think that’s a record.” The price? They haven’t even talked about that yet.

At press time, Nancy Irlbeck had recently accepted a position as lecturer at Washington State University. For the present, the sheep remain in Colorado, tended by expert hands. To read the rest of Susan Clotfelter’s article, “Herding with Heart: An Animal Nutrition Professor’s Wool Flock Becomes Her Ultimate Teacher,”pick up a copy of the Summer 2017 issue ofSpin Off.

Susan Clotfelter is a spinner, knitter, media expert, and former Home and Garden Editor of the Denver Post. She is currently a doctoral student and journalism instructor at Colorado State University. She’s also on Twitter: @sclotfelter.