Which End First? Spinning from the Lock

I took a class with Kate Larson last weekend, and the most surprising thing I learned had nothing to do with the class description: Kate spins wool from the cut end.

I thought I was supposed to spin from the tip. I thought everyone spun from the tip. But as Kate passed out Cormo, Corriedale, and Columbia fleece, she explained her reasoning . . . and changed my basic understanding of spinning from the lock.

Which end you start with when spinning from the lock has mostly to do with scales. For an in-depth look at scales, see Deb Robson’s article "Wooltripping: What’s Inside the Not-So-Familiar Wool Fiber?" in Spin Off Spring 2018. 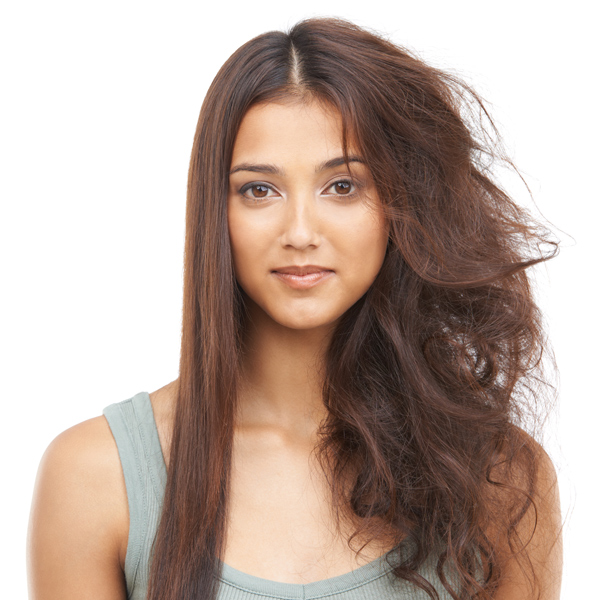 Scales cause backcombed hair to be snarled. Photo by Getty Images/PeopleImages

To spin the locks she used for the Golden Hour Bag, Kate separated dyed Polwarth fleece into locks and combed them lock by lock using her handcards. Here’s what she says about fiber prep and spinning from the lock: 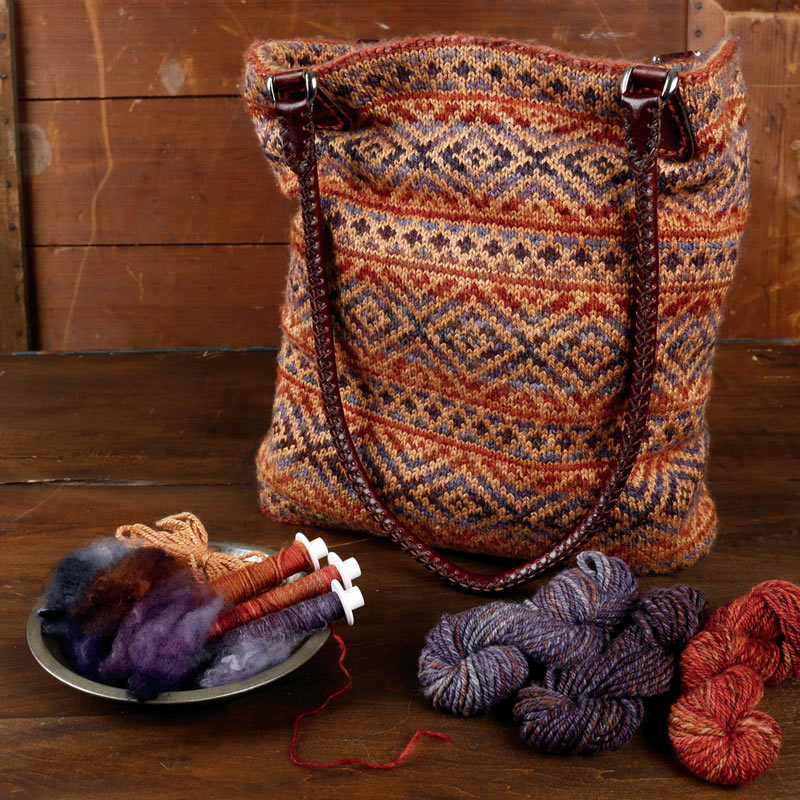 The red and purple yarns in Kate Larson’s Golden Hour Bag are spun from dyed Polwarth locks. Kate tried both ways and discovered she preferred to start from the cut end when spinning from the lock. Photo by Joe Coca

“As I combed the locks, I paid attention to the cut and tip ends of the locks and laid them into piles oriented in the same direction.

“When I started spinning the combed locks, I tried spinning them with a worsted draw from both the tip end and the cut end. Not only does the orientation of the lock change the way the wool cuticle feels under your fingertip, it can impact the yarn you create. In this case, I found that if I spun the locks with the cut end toward the wheel, the fine Polwarth fibers were pushed closer together as I spun the yarn using a short forward worsted draw. By spinning with the cut end first, my fingers slide along the yarn with the grain of the fiber cuticle. A wool cuticle feels the same as human hair. It is smooth moving away from your head but feels “grabby” from tip to root. Also note that this applies to wool that is still in lock form and not to carded preparations or commercial combed top. Because the fibers spun in this way were closer together, the colors in the final yarn were actually more vivid. I always rewind my bobbins onto storage bobbins before plying when I spin locks from the cut end. When rewound, the fibers in the singles were now oriented so the cut end would arrive first at the wheel.” (From Practical Spinner’s Guide: Wool. (Affiliate Link))

This is a subject that excellent spinners disagree about. Margaret Stove, for instance, prefers spinning from the lock by presenting the tip end of fine Merino wool first. Like so much in spinning, you really need to try it both ways and see which you prefer.