I Am a Spinner: Alexandria Ware

I manage data centers for planetary spacecraft. This means that I coordinate the design, development, and operation of the computer systems that process and distribute science data from missions to other planets.

On February 9, 2021, the Hope spacecraft successfully entered the orbit of Mars, just one of three spacecraft to arrive at Mars this month (along with Perseverance, which touched down on February 18, and Tianwen-1, which arrived in orbit and is scheduled to touch down in May). An exciting landmark in the exploration of Mars, the Hope mission is the day job of handspinner Alexandria Ware, who was featured in our “I Am a Spinner” column in Summer 2019. We asked what she’s been up to (besides sending a spaceship 30,000 miles across the solar system).

Spin Off (SO): Have you been spinning lately?
Alexandria Ware (AW): I'm working on spinning some purple alpaca which my daughter picked out at the Alpaca Extravaganza and refers to as "her yarn," so I need to finish it and turn it into a scarf. I've also been getting a lot of knitting done during Zoom meetings! We're all absolutely thrilled at the success of the Emirates Mars Mission and looking forward to all the exciting science data that will be sent back over the coming months.

SO: Tell us about your day job.
AW: I manage data centers for planetary spacecraft. This means that I coordinate the design, development, and operation of the computer systems that process and distribute science data from missions to other planets. So far, I’ve mostly worked on Mars missions like NASA’s MAVEN and the upcoming Emirates Mars Mission, which launches in 2020. I’ve also been involved with the upcoming Europa Clipper mission, and I’m working on a project involving very small Earth-orbiting satellites. All of this fun stuff happens at the Laboratory for Atmospheric and Space Physics (LASP) at the University of Colorado, Boulder.

SO: How did you become a spinner?
AW: In 2006, I moved to Colorado and started going to the local knitting group, where I met former Interweave staffer Anne Merrow and Kate Gagnon Osborn of Kelbourne Woolens. One evening, Kate threw a party at her house, and she was just learning to spin. It looked interesting, so Anne and I signed up for Maggie Casey’s introduction to spinning class at Shuttles, Spindles & Skeins. At the end of the course, I bought my Lendrum and that was that!

SO: Do your job and your hobbies ever overlap?
AW: No, although I am currently knitting a Honey Cowl in the Blue Moon Fiber Arts colorway Space Dust; my senior thesis in college was all about space dust. 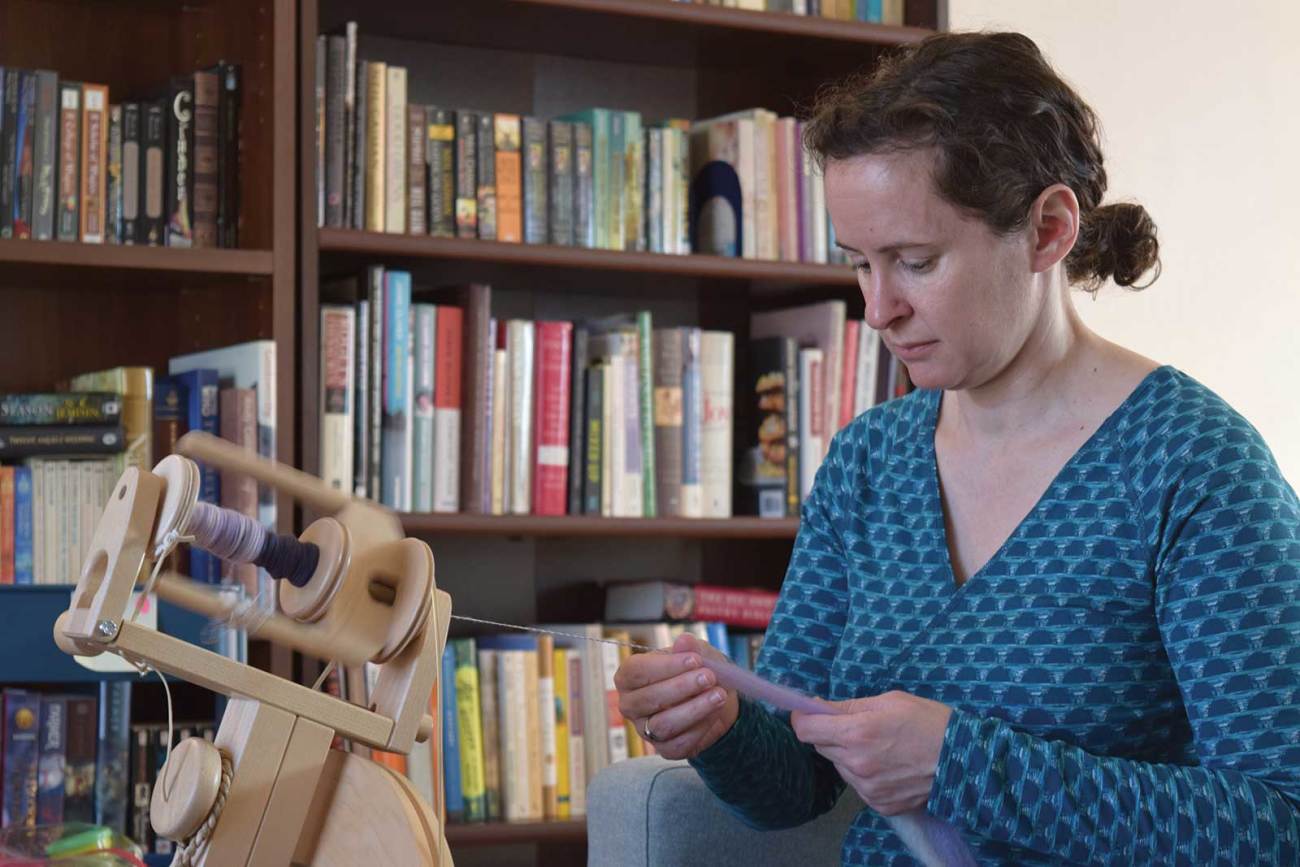 Alexandria spinning on her Lendrum. Photo by Julian DeWolfe

SO: What is your favorite thing about spinning?
AW: I love how tactile it is, and how instantly productive it is, although it usually takes me forever to actually spin enough to knit with. All of my work is done on a computer, so I find it really gratifying to sit in front of this lovely wooden machine and see how all the parts work together to create something tangible.

SO: Can you tell us what a typical day at the office is like?
AW: Mostly meetings! While I have a very technical job, I spend most of my time coordinating and documenting designs and plans. This means talking to people and making sure that the scientists and engineers and programmers are all in agreement about how the data from our spacecraft will be processed and delivered. A fun fact about LASP is that we frequently celebrate anniversaries of spacecraft: 3 years since MAVEN launched and 40 years since Voyager flew by Jupiter. And we always have cake, usually with a picture of the spacecraft on it. 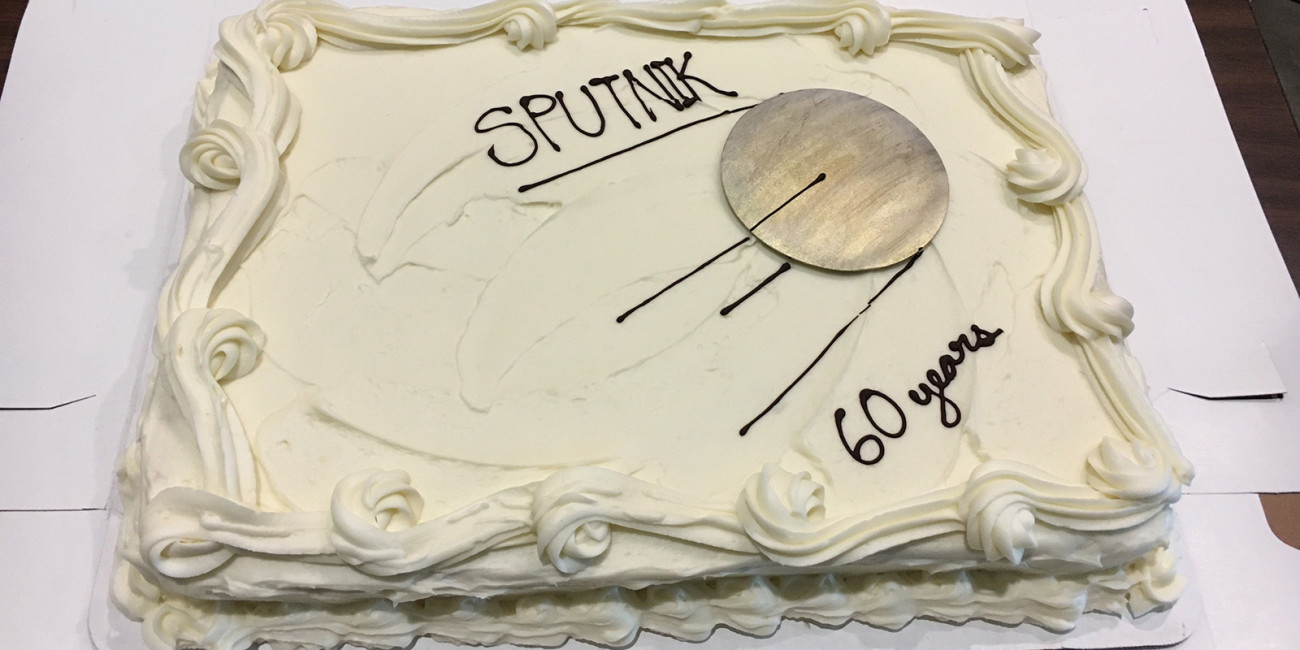 One of LASP’s spacecraft anniversary cakes, this one celebrating the first artificial Earth satellite in 1957. Photo by Alexandria Ware

SO: Do you have a fun fact about space dust?
AW: One of the instruments on the New Horizons spacecraft, which recently flew past Pluto, is a dust counter that counts particles of space dust. It’s called the Student Dust Counter, because it was entirely designed, built, tested, and operated by University of Colorado students working at LASP.

This article was originally published in the Summer 2019 issue of Spin Off, and updated February 14, 2021.