My Life with Shetlands: For Sanity and Curiosity, Surely!

Shetland sheep have a champion in Martha Owen. Read why they’re a lively component of her spinner’s flock.

My story starts in 1980. My first six sheep were Romney, Rambouillet, and Corriedale (or at least they said he was Corriedale), not Shetlands. I had read about breeds in the book Raising Sheep the Modern Way by Paula Simmons and found a breed that I guessed would be suitable for my area. There was no mention of primitive breeds. My sheep were white, or black, and had different textures suitable for baby wear or for a hearty cardigan with cables!

As sheep came onto my personal scene, Shetlands came to Canada. In 1980, the romantic story goes, a certain Colonel G.D. Dailley was visiting Scotland and learned that the Shetland, a rare, historic breed, was in danger of disappearing. Dailey had a big farm in Canada where he raised wild animals for zoos, so he thought, why not preserve these little sheep from a faraway island? After importation, the original flock of 28 ewes and 4 rams were quarantined on his Canadian farm for 60 months and never allowed to leave there. Eventually, the offspring made their way south. Thus, all of the first North American Shetlands were related to Dailley’s flock. 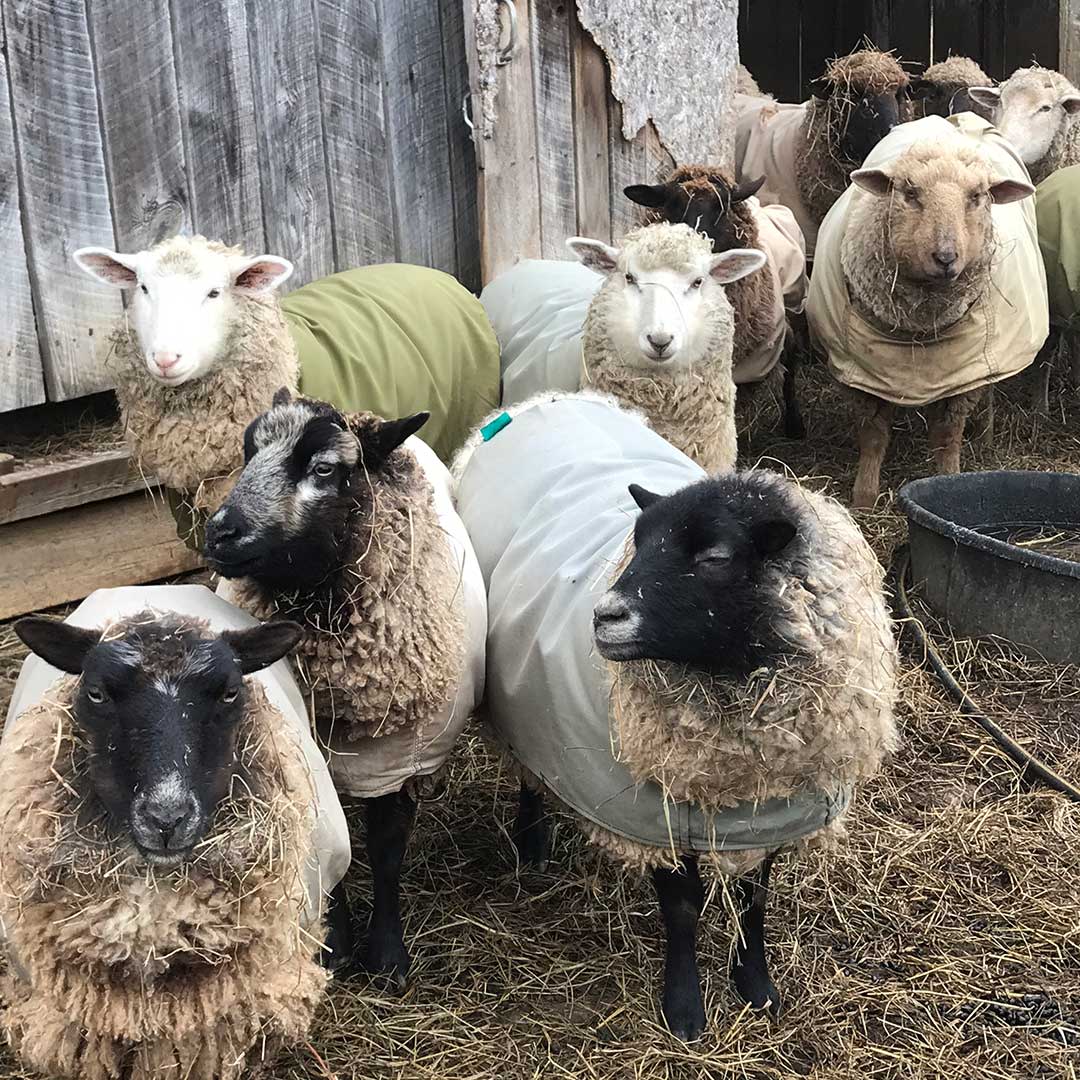 Several years later, Shetlands became a part of my smorgasbord spinner’s flock. I had visited them in their home country, and in about 1998, I saw them at the Maryland Sheep and Wool Festival. For years, I’d been making a list of notes as the sheep and I eyed each other.

Referred to as a “primitive breed,” Shetlands are nonconformists and closer to their original nature than so called “improved” sheep. I find them hardier yet dainty compared to the rest.

Their fleece can be sorted into types and textures, which are traditionally divided in their home country five or six ways for different products, from a fine shawl to a rug. All of this comes from a sheep that gives maybe two pounds of usable wool at a shearing. The fleece comes in many shades, and we can get surprising colors from natural dyes on their different fleece colors. [For more about dyeing naturally colored Shetland, read Martha’s article “One-Pot Magic: Surprising Natural-Dye Rainbows” in the Spring 2021 issue of Spin-Off. —Editor] 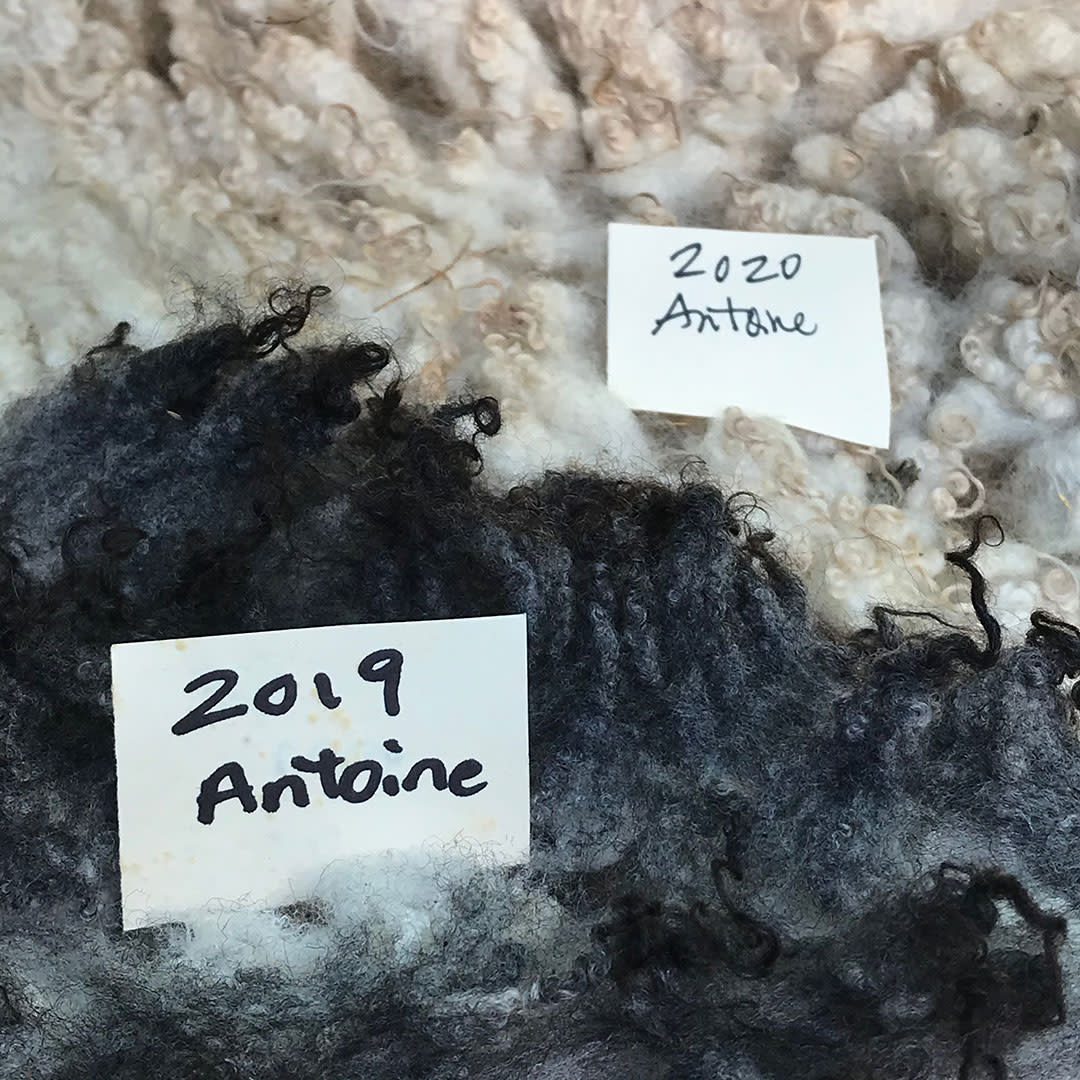 One Shetland sheep can yeild more than one shade of fiber.

I describe Shetlands as “bloom where you are planted sheep” as opposed to “feed me sheep.” Lambs are like little antelope. Want to pet one? Do it before they get out of the lambing pen, where they are housed with their mother for their effortless birth.

Shetlands are easy to pick up, if you can catch one, and they’re easy to tame, if you have some patience and are smarter than a sheep. Shetlands are interesting sheep. They have more personality than my other sheep, which are affectionately known as “the big sheep.” Prone to peer pressure and having a “ping-pong” nature, Shetlands see an open gate as an opportunity! But, so is a slight gap. Once out, they stand and look to the horizon.

“But wait! Is that the sound of feed? Isn’t that the little old gal that fed us one time? But wait, did something happen the last time?” Then they turn. And I holler, “Quick, shut the gate!“

Martha Owen is a resident artist in spinning, knitting, feltmaking, dyeing, and surface design at the John C. Campbell Folk School in Brasstown, North Carolina. Her adventure in spinning and natural dyeing began at this very school in 1978. Since 1980, Martha’s extended family has included sheep, Angora rabbits, and Great Pyrenees and border collies. Also a banjo player and storyteller, Martha’s interest in sheep, wool, music, and dance has carried her joyfully around the world. Her children say she is a wool nerd, but her sheep say she is outstanding in her field! Learn more at folkschool.org and on Instagram @marthaowenwoolens.