What Is Saint Distaff’s Day? (And what does it have to do with rocks?)

Saint Distaff’s Day (also known as Distaff Day, Roc Day, or Rock Day) is the day when spinners go back to work after the holidays.

Is your local fiber shop having a party for Saint Distaff’s Day or Rock Day? Spinners are everywhere you look, including religion and mythology. Even though spinning saints are less well known than weaving deities—the weaver Athena is more famous than the spinner Clotho—we spinners have our patron saints. And so we celebrate Saint Distaff’s Day on January 7, the day after Epiphany.

But there’s one problem: there’s no such person as Saint Distaff. 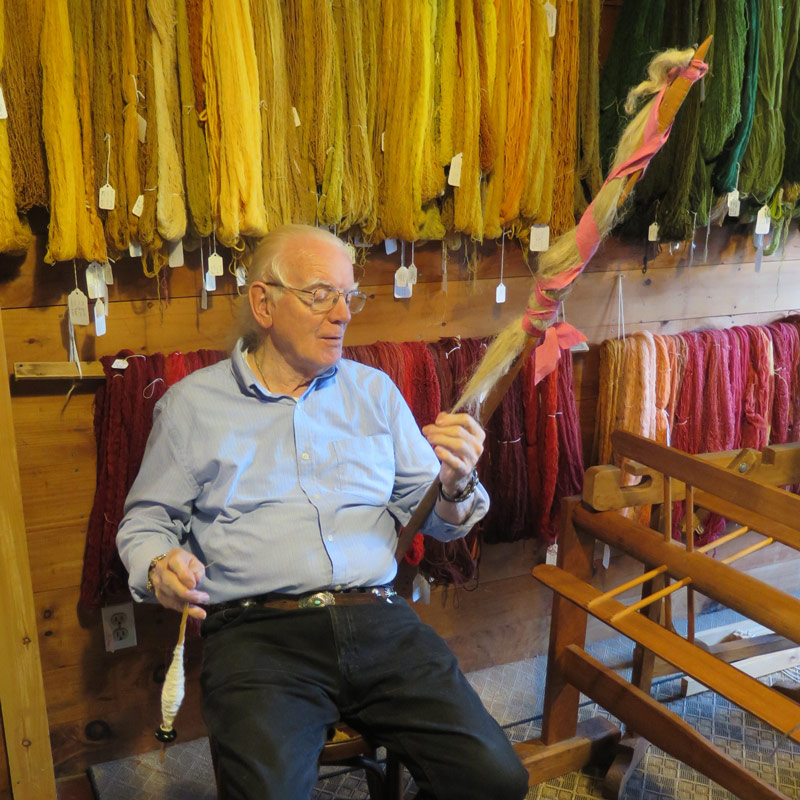 Norman Kennedy spins flax with a distaff tucked in his belt and a spindle held in his hand. Photo by Bruce Engebretson

A distaff is a tool used to hold fiber so that the spinner can easily reach it or keep it out of the way. Distaffs are less common in spinning today than in centuries past, when most flax-spinning wheels had an attached distaff. You can still see them, though. Some distaffs you wear: a distaff may be a metal bracelet, a knitted cuff, or a shaft with a ring for your finger. Yet others you tuck in your waistband, leaving both hands free, like Norman Kennedy does.

Some modern spinning wheels (such as the Ashford Traditional and Kromski Minstrel) still have optional distaff attachments. Distaffs most commonly hold flax, but Norman Kennedy demonstrates how to spin wool on a distaff in From Wool to Waulking. 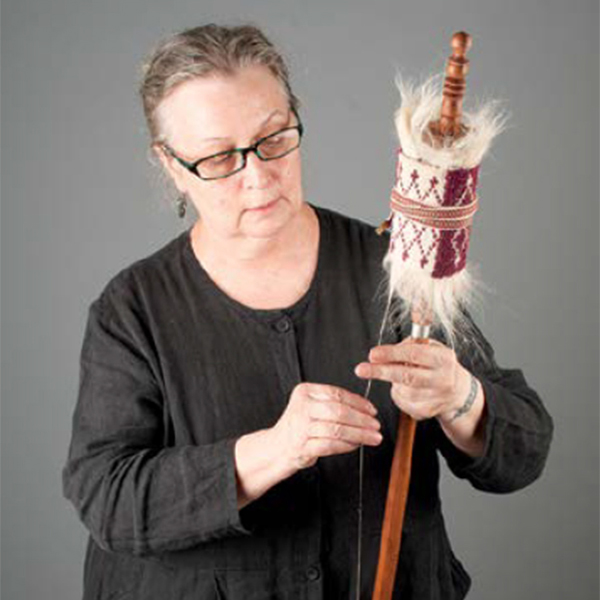