Since beginning her independent craft publishing project in 1975, Linda Ligon saw the weaving, spinning, and needlework magazines move to bigger and bigger offices. But there’s no place like home.

Forty-five years ago, I started a little magazine publishing business on my dining room table. You might remember it as interweave (no capital letters) if you’re old enough. The table was covered with pieces of plywood that held the work—stacks of paper, pens, X-acto knives, rubber cement, portable electric typewriter, carbon paper, file cards with subscriber names on them—so that I could move all this mess off onto random coffee tables and couches and available floor space when it was time to put a family dinner on the dining table. 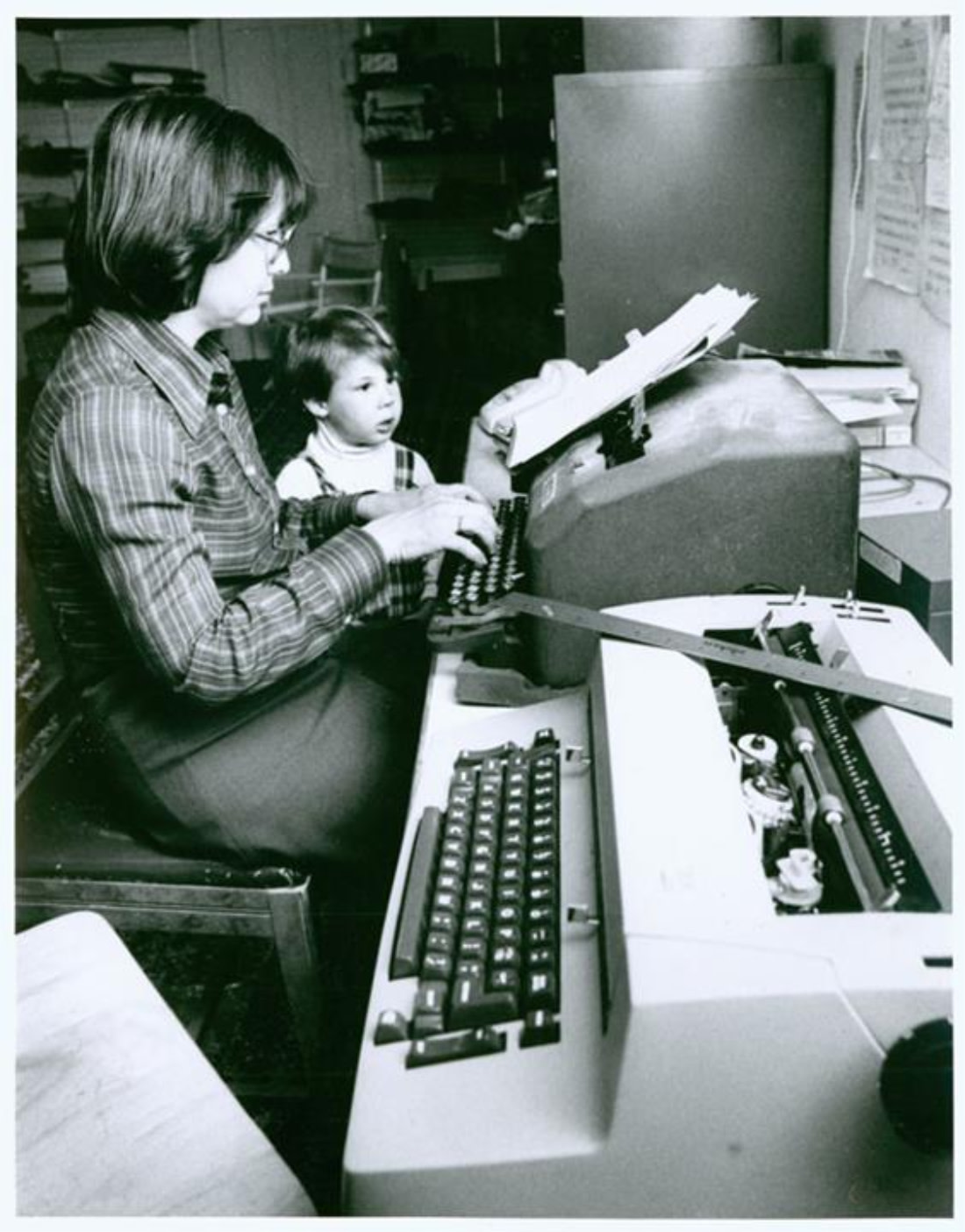 The second phase of Spin Off and Handwoven: The basement years, where Linda's son Day looked on. Photo courtesy of Linda Ligon

It wasn’t too long before the whole operation moved to the basement, and then when things got too bumptious and crowded down there, to the downstairs of an old Victorian-era house near downtown Loveland. By then we had IBM Selectric typewriters, white-out, and a hot wax device for sticking the pages together before sending them to the printer.

Seems like no time, but it was really ten years, before we had taken over the entire old house and installed computers and a fancy typesetting machine and started new magazines and published books and outgrown all the room we had. 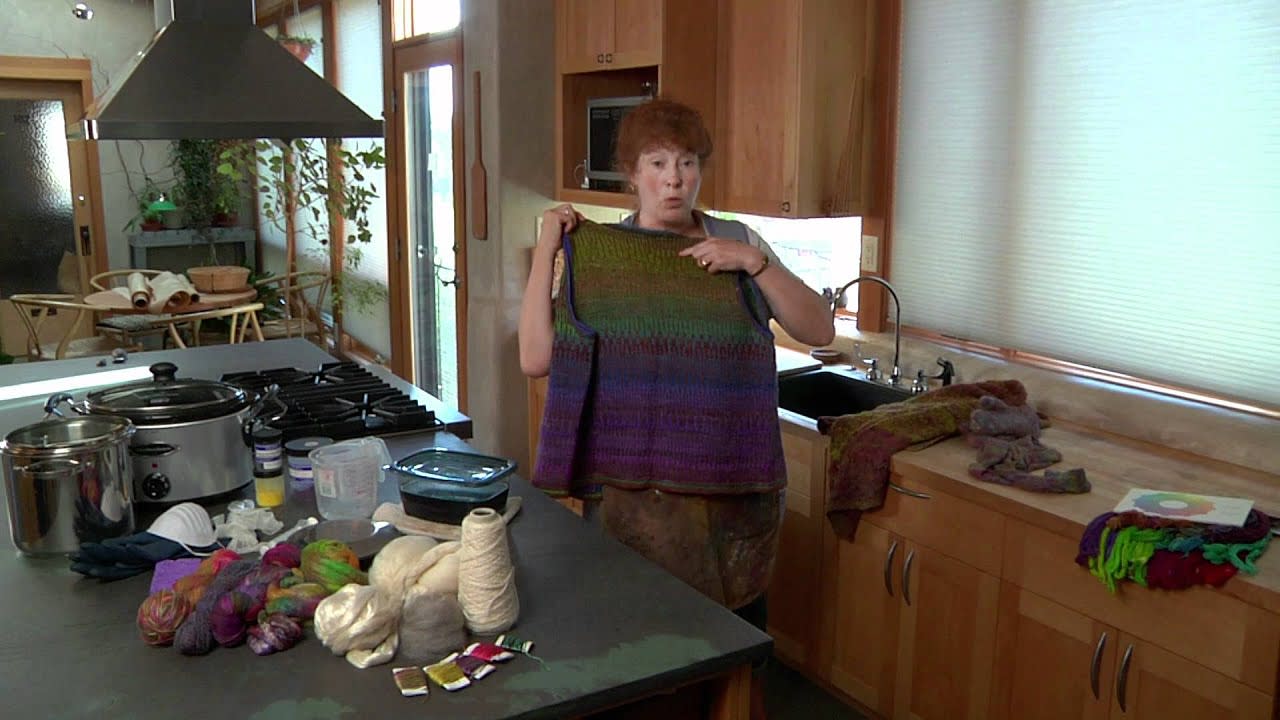 Even after moving out of the basement, the publications took over Linda’s house from time to time, such as for Deb Menz’s video Dyeing in the Kitchen. (Linda’s new office is just on the left of the frame, behind the glass door.)

Next, we moved into what seemed like a huge space in an old 1920s bank in downtown Loveland, and kept growing. Then we spread into the building across the alley, then across the street, and finally, under new ownership, into a big modern office compound in Fort Collins. I still went in to work for a while, but I tended to get lost in the maze of work cubicles and cheerful people doing work I couldn’t even comprehend.

So here I am today, back in a little space adjacent to the guest bedroom in my home. We’ve gone back to the basics: weaving, spinning, needlework, but we’re working in a new, modern, virtual way. My editorial co-workers are all hunkered down in front of screens in their basements or guest rooms in California, New Mexico, Indiana, Fort Collins. Thoroughly connected, creating content by means I can’t explain. But at least I don’t have to move my work in order to sit down at the dining table with my husband for dinner.