Photos from Wool to Waulking video

It’s safe to say that spinners (like any craftspeople) are opinionated folk. We claim to honor tradition in our craft, but if your spinning traditions are different from mine, sparks can fly. I have heard snarky comments and witnessed ferocious arguments over the “proper” way to card wool, comb top, and clean fleece. Which is probably why I find Norman Kennedy’s video workshop From Wool to Waulking: Spinning Fiber & Creating Cloth so refreshing. Not because Norman isn’t opinionated: In fact, he is one of the most opinionated spinners I’ve come across. He’s also a walking encyclopedia of textile history and can rattle off the different spinning traditions of at least three continents.

Norman was born in Aberdeen, Scotland, into a family of seamen. When not seafaring, his family was scratching out a living as best they could, spinning and weaving. Norman came to these crafts not as fascinating hobbies, but as a way to support oneself and one’s whole community. Life during and after World War II was not easy, and rationing made many basic goods hard to come by. Those with traditional skills fared better than those without, because they could raise their own food, make their own yarn, and knit and weave it into clothing and household goods. 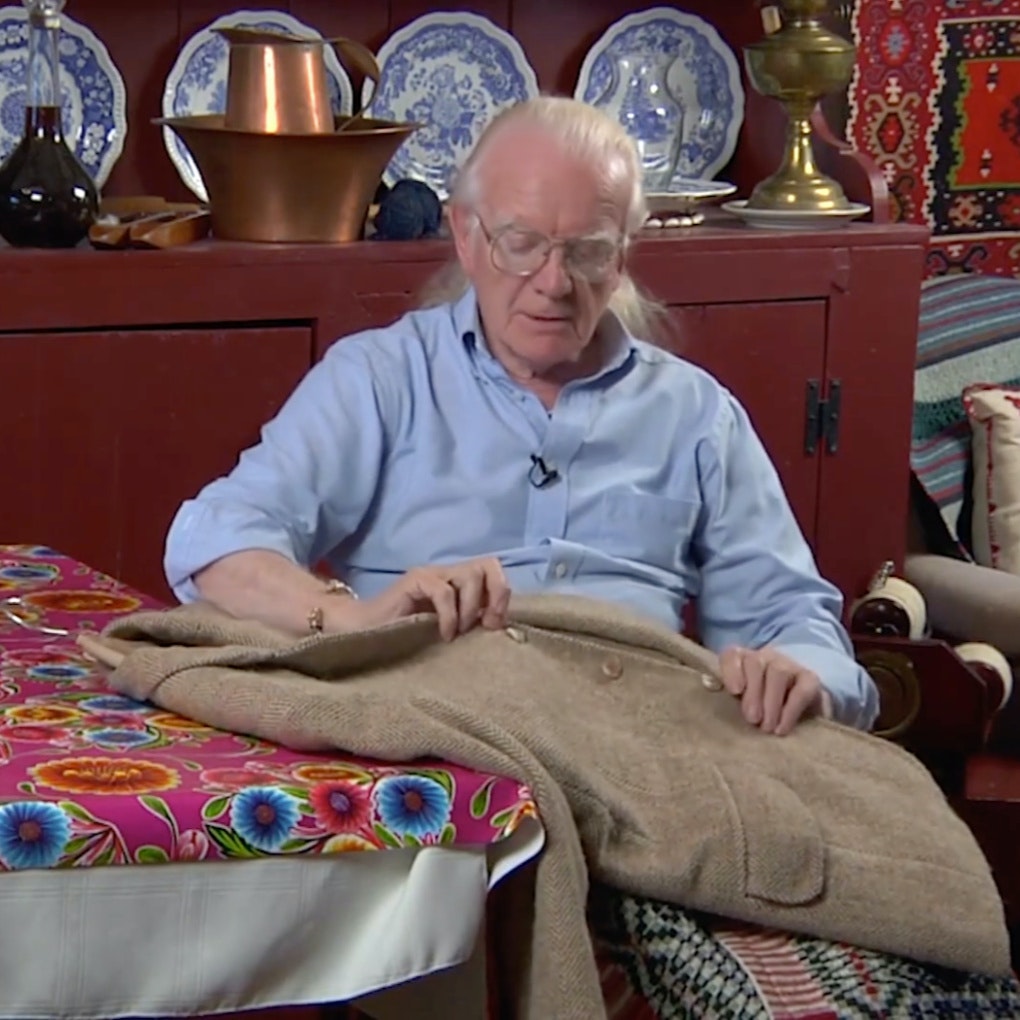 Norman wove the tweed in this suit, sewn by his aunt. “We were poor, but we went about dressed as lords.”

He began traveling in the 1950s, first to the Outer Hebrides (where he learned Gaelic), then all over the world, pursuing traditional knowledge of fiber crafts. From Wool to Waulking is not so much a standard learn-how-to-spin workshop as it is a series of stories, histories, random factoids, and songs. (He is an accomplished folksinger.) That Norman performs all this while demonstrating various ways of preparing and spinning fiber adds to the fun. It also brings us back to the core idea behind his workshop: all these various traditions arose from spinning for a particular purpose, whether it was making yarn for knitted socks, lace shawls, or tweed suits. 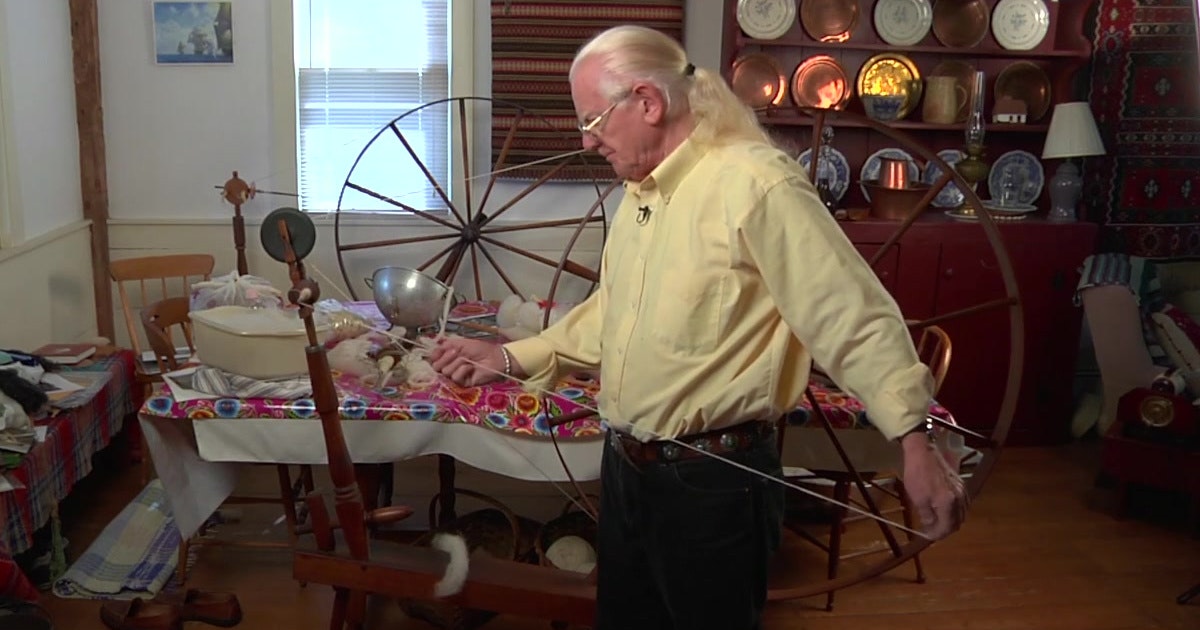 The great wheel, or walking wheel, is a model of energy efficiency.

Production spinning was definitely spinning for a purpose. It required speed and efficiency, with no wasted movement or energy. A spindle could be a simple stick, while the far-more-valuable wheels were built to last. A common lament from Norman is that many wheels today aren’t built nearly as well as those 200 years ago, and much of the yarn he sees from handspinners suffers from its lack of purpose to give it a definable character.

The final segment of the workshop is a communal waulking, or fulling, of woven cloth. Although it has nothing to do with spinning per se, it’s the culmination of everything Norman talks about. Norman spun the wool specifically to make blankets, wove a pair (“You’d never weave only one blanket!” he says), and the waulking process tightens the cloth into a smooth, coherent fabric, exactly as it was meant to be from the beginning. Even the traditional songs Norman sings have a purpose, as they keep people waulking at the same steady beat, a true “labor-saving device,” he calls it.

From Wool to Waulking is a fascinating window into generations of spinning traditions, many near to being lost. I hope you check it out.

Allison Korleski is a former video producer for Spin Off.