After decades inventing and innovating spinning and weaving equipment, Jan Louët says that his favorite is the one he hasn't released yet.

"Spinning and weaving stuff," read the 1977 Louët bus. In 45 years, Louët spinning wheels and looms have traveled the globe, creating more miles of yarn and fabric than any van! Photo courtesy of Louët

1975 was a mighty good year for the fiber arts. It’s the year Interweave came to be, and the zeitgeist was all about change, experimentation, growth, fresh approaches. Those of us old enough to remember recall there being a sense of no limits.

I can’t think of a company that has embodied that more than Louët. Before Louët, going all the way back to medieval times, flyer spinning wheels followed a fairly standard scheme: a round wheel rotating on a central axle, with a flyer collecting the twisted yarn onto a bobbin. That’s a gross oversimplification. But you can see it in your mind, can’t you? Or in this ancient photo? Looks quaint, doesn’t it? 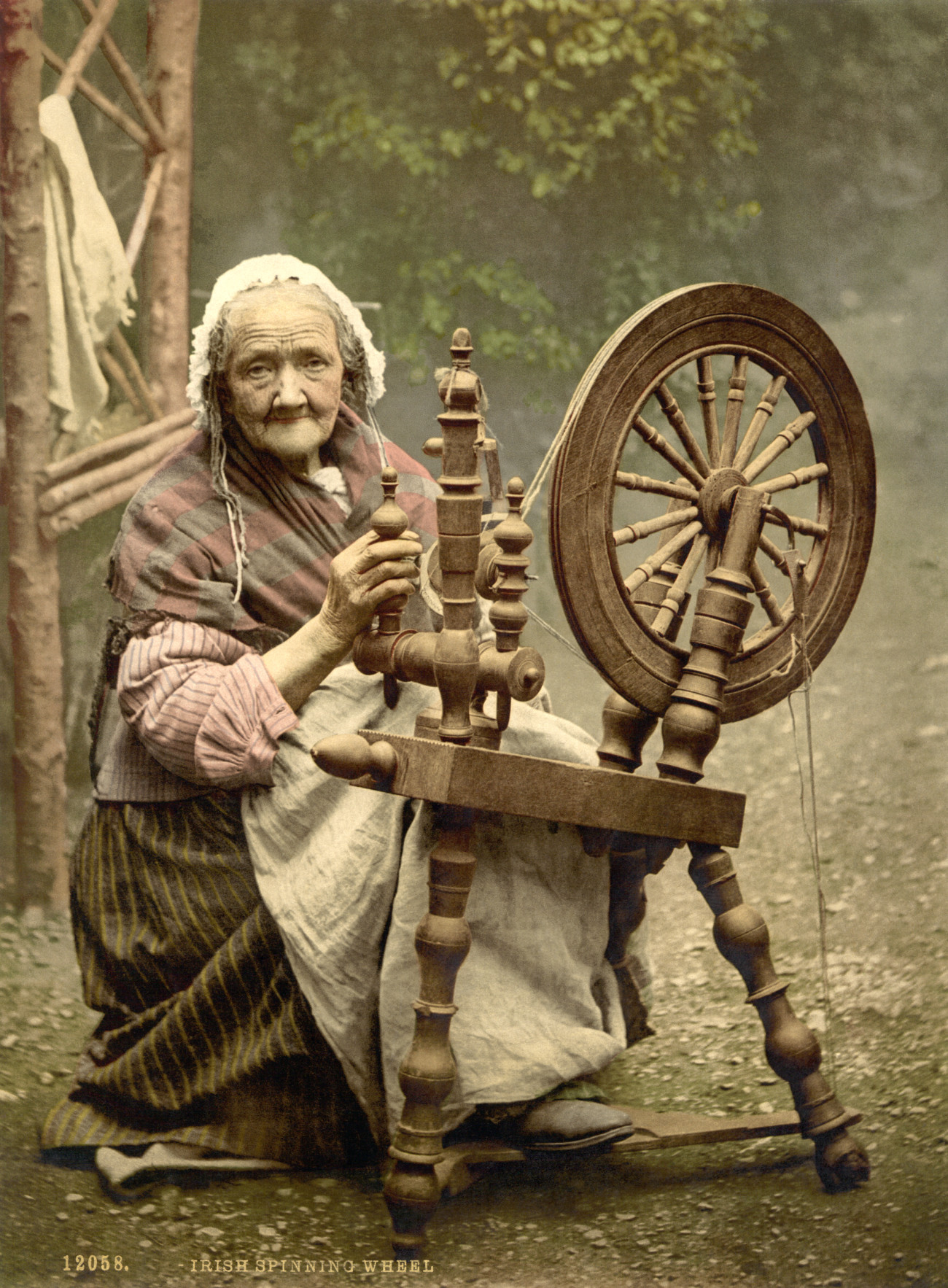 Photochrom print of an elderly Irish woman at a spinning wheel, ca 1890-1900. Library of Congress

Then here came Jan Louët Feisser from Hengelo, Holland. Modernizing the traditional spinning wheel seemed like a nice challenge for a former design student. When the first Louët s10s came to the United States, spinners scratched their heads. Then they smiled. Then they tried it and found that it made a lot of things easier—spinning bulkier yarn, for instance. Which was quite the rage. There was a bouncy look to this wheel that took some getting used to. Somehow it didn’t look serious. 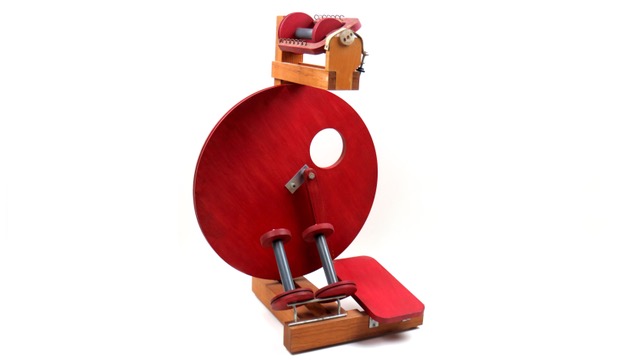 The first prototype of the iconic, rule-breaking Louet s10. Photo courtesy of Louët.

What its devotees found, though, was that it was a serious workhorse of a spinning wheel, and yet a gentle entry point for beginners. The Dutch crew—Jan Louët, his sidekick Clemens Claessen, and others—teamed up with Trudy and Jan van Stralen from Ontario to form Louet Sales North America, and they took the wheel everywhere: Spin Off Autumn Retreat (SOAR), Convergence, regional weaving and spinning conferences—and wherever they went, fun was had by all. Their enthusiasm was contagious.

Forty-five years later, Louët wheels (there’s a whole family of them now) and Louët looms are going strong, and Jan Louët continues to tweak and innovate and bring his designer/engineer’s mind and his “why not?” attitude to the needs of spinners and weavers everywhere. There have been changes, of course. Louet North America has been collapsed back into the parent company in the Netherlands, though Jan and Trudy’s son Dave and his wife Pam continue to hit the road, sharing the energy and vitality of Louët across the continent.

We wish them all a happy 45th birthday, and all the best!