Wool, Hair, and Kemp: What’s in a Fleece?

Known for her expertise in sheep breeds and fleece, Deborah Robson puts individual wool fibers under the microscope.

These Romeldale samples exhibit the classic properties of wool and no hair.

In this excerpt from “Wooltripping: What’s Inside the Not-So-Familiar Wool Fiber?” from Spin Off Spring 2018, discover the differences between wool, hair, and kemp—and why each one has its place.

Three distinct types of fibers can be found in fleeces: wool, hair, and kemp. A wool-growing sheep’s fleece can contain wool alone; wool plus hair; or wool plus hair plus hair plus kemp. (Occasionally you’ll find one that is mostly wool plus kemp, but where there is kemp, there is usually some hair as well, at least in the britch, or hindquarters.) 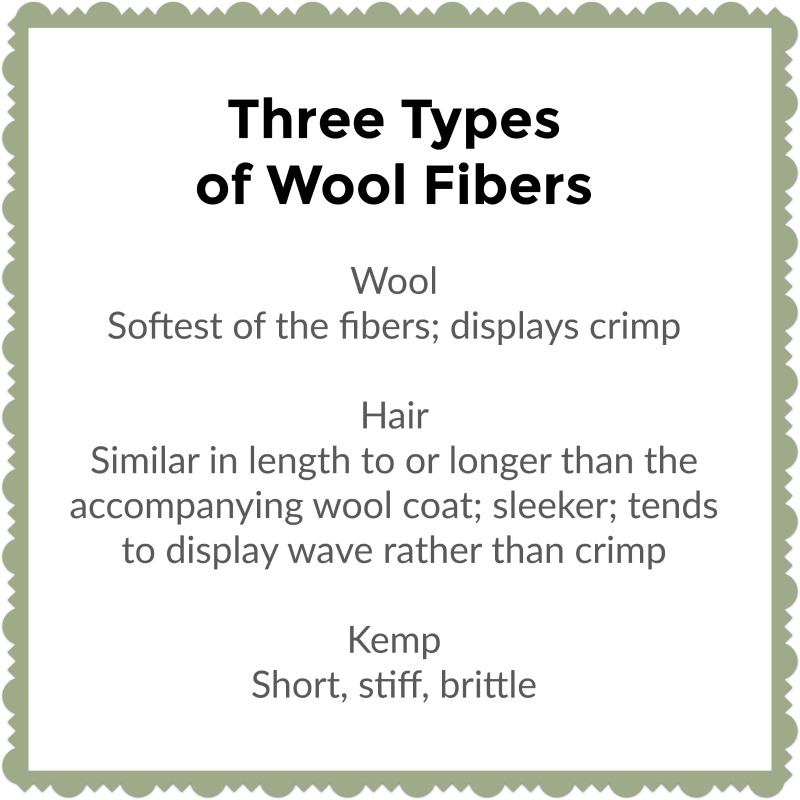 While the term wool can refer to the entirety of a fleece, it can also be used more specifically to denote the comparatively soft and relatively crimpy fiber component.

In Merino, the fleece is all wool. In a breed like the North Ronaldsay, the undercoat is wool and the outercoat is hair. Hair fibers are variously called hair, heterotype, or (less commonly) gare fibers, and they tend to be sleeker, straighter, and less crimpy than the wool fibers. It can be difficult to draw a firm line between hair and wool, especially when there are a lot of intermediate fibers in a fleece. In some cases, the single fiber’s growth will be wool-like in one season and hair-like in another.

To teach yourself the essential differences between wool and hair, take a look at a double-coated fleece. Its staple or lock will be triangular, and the hairs will be longer than the wool undercoat. Compare this to a fine or medium-wool single-coated fleece as well as to a longwool fleece—none of which have hair components. Once you have the basics, you will be better equipped to navigate the intermediate manifestations. 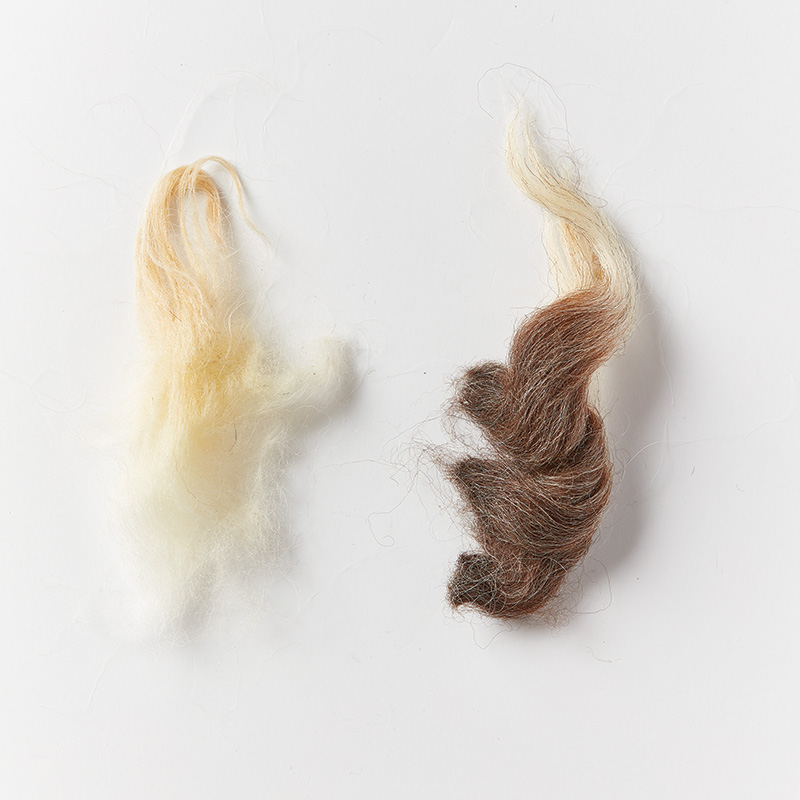 By definition, in kemp fibers the medulla takes up more than 60 percent of the fiber diameter. Kemps tend to be short and brittle and thick (high fiber diameter).

They are most often white, although they can also be black or red. Because of their stiffness, kemp fibers are itchy. For most breeds’ fleeces, they are undesirable; however, in tweed fabrics they provide characteristic, even essential, texture and color flecks. It’s often said that kemp fibers don’t take dye; they do, but because of the fiber structure, the dye is drawn inside and is likely to be unseen or only partially visible.

Rogers, George E.“Biology of the Wool Follicle: An Excursion into a Unique Tissue Interaction System Waiting to be Re-discovered.” In Experimental Dermatology 15, no. 12 (2006), 931–949.

Deborah Robson keeps diving deeper into the world of natural fibers, especially the magical ones grown by animals. For more of her work, see Handspinning Rare Wools, The Fleece and Fiber Sourcebook, The Field Guide to Fleece, and her website at www.independentstitch.com.