Tunis sheep grazing in the field. Photos courtesy of author.

Tunis sheep descended from ancient “fat-tailed” sheep native to the North African country of Tunisia. The first recorded Tunis were imported to American colonies in the late 1700s and quickly became highly regarded for their meat and fiber. Thomas Jefferson kept a flock at Monticello and several of the nation’s founders maintained flocks. Their popularity nearly spelled their downfall; due to the exceptional lamb and mutton they provide for the table, they nearly became extinct during the Civil War. Fortunately, they survived, and modern efforts to preserve them have resulted in growing popularity and awareness of this wonderful breed. 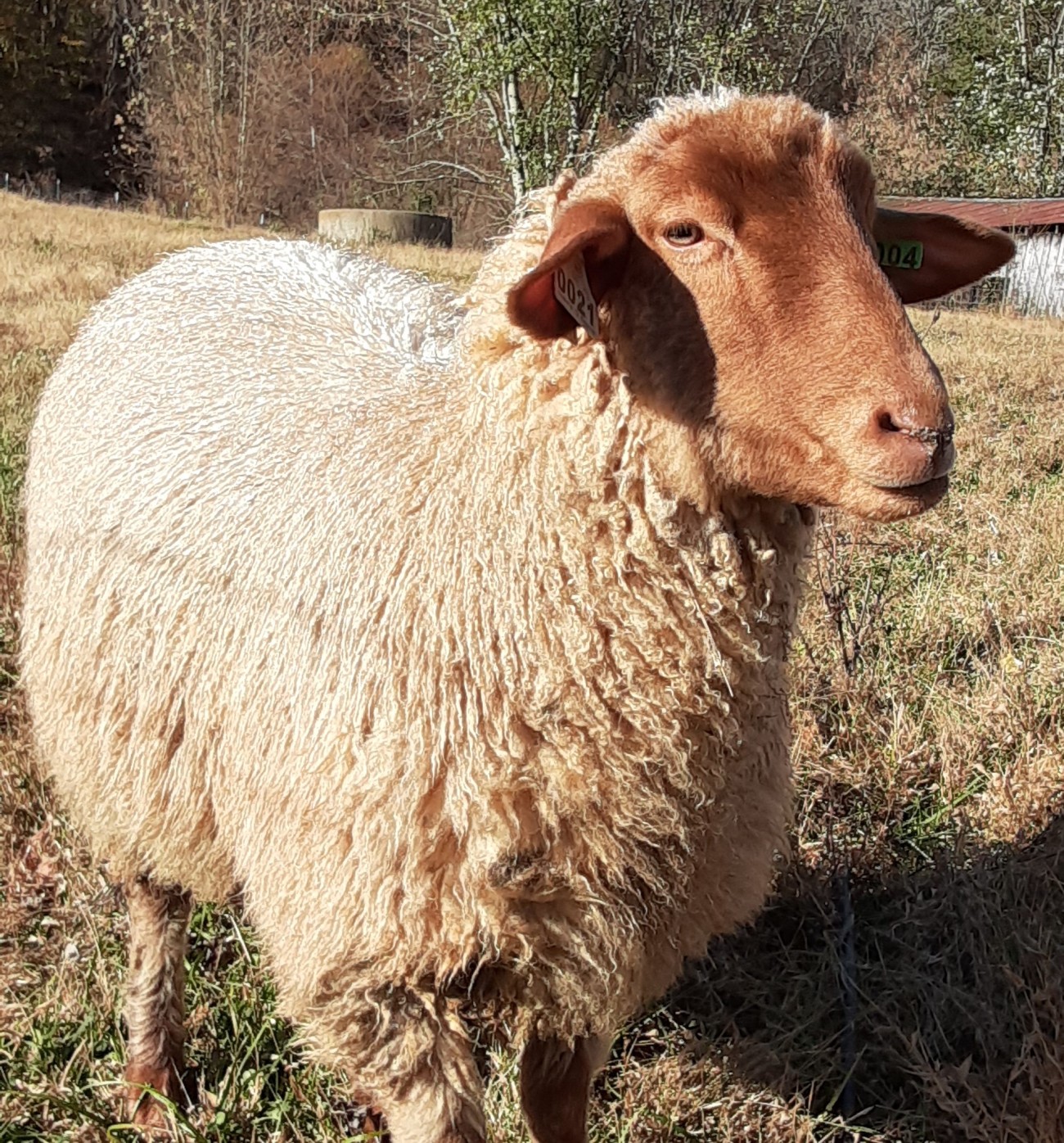 Tunis are known for being easy keepers. Low-key and moderately sized, they are good mothers who produce plenty of milk for their lambs. Their lambs are born with red hair, but shortly thereafter, creamy white wool replaces it. Their fiber is robust and hard wearing but soft enough to use in next-to-skin garments. I learned to spin by working with fiber from the flock, and it’s a wonderfully forgiving fiber for novice spinners. It makes a yarn that resists felting, making it great to use for socks and sweaters and weaving.

We started our flock in 2017 with 5 ewes from 3 different farms in 3 different states. Finding flocks that raised their flock with health, fiber quality, and hardiness in mind was quite an undertaking. The flock has grown to 25 or so ewes and 2 or 3 rams. Keeping the flock small lets me maintain and shear them without needing outside help. 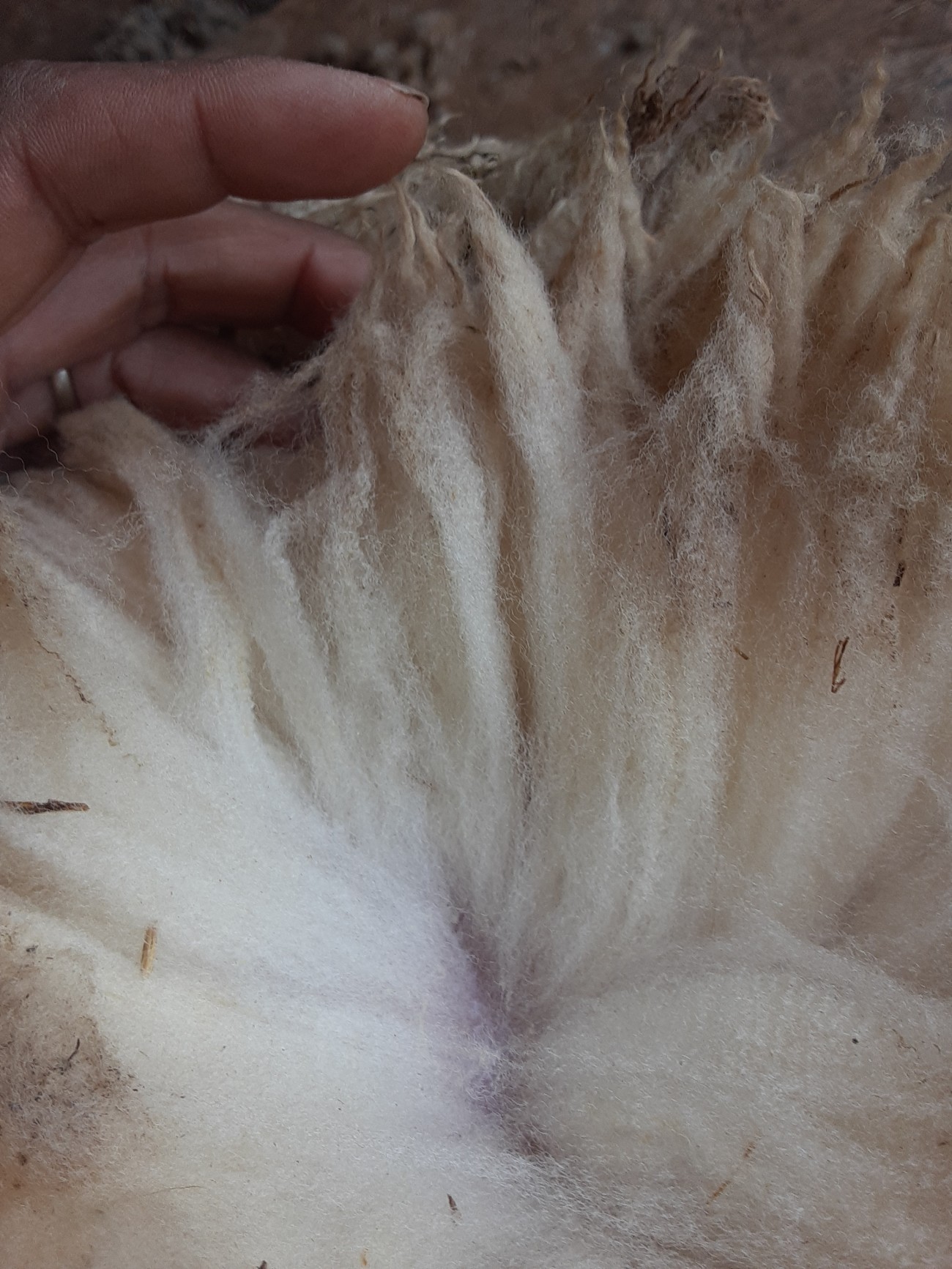 Each fleece is evaluated for soundness, staple length, and suitability for processing into roving or yarn.

One of the perks of being a shepherd is watching the fleeces grow and change throughout the year. Tunis are shorn once a year, and I work hard to find the right application for each of the fleeces that the sheep produce. Our herd sires consistently produce high-quality fleeces, and we’re happy that most of their offspring are inheriting their wonderful fleece qualities. We’ve had several fleeces win ribbons when we’ve shown them, so we’re heading in the right direction so far. 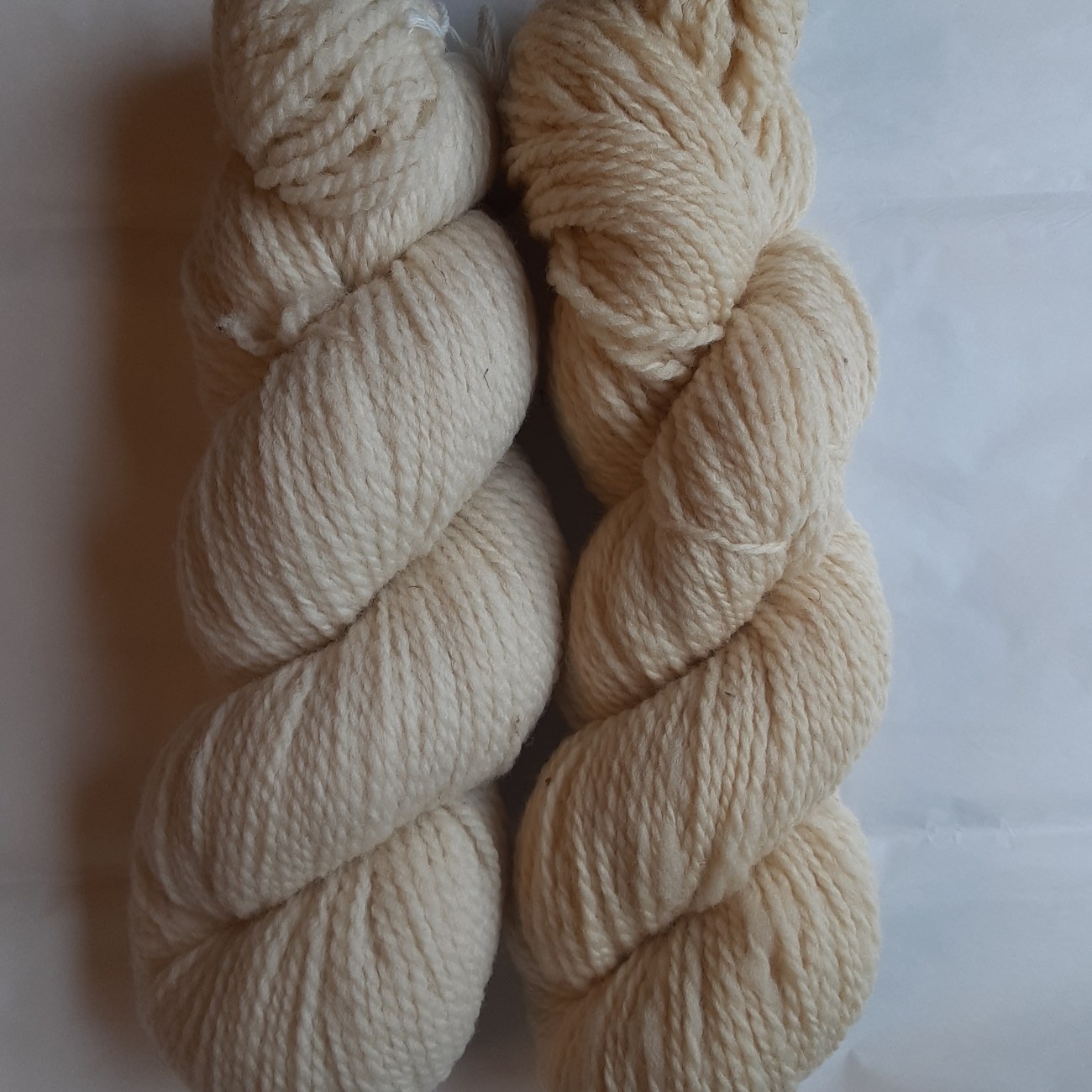 Tunis fleeces range in color from cream to various hues of white.

We are proud to be a part of the community of people committed to preserving Tunis. The National Tunis Registry and Livestock Conservancy continue to promote this wonderful breed through club shows and initiatives such as Shave ‘Em to Save ‘Em. Shepherds around the country make their fleeces and roving available for curious hand spinners and those interested in supporting small farmers and their flocks.

Tunis have turned out to be the perfect breed for our farm. As a fiber shepherd, I am privileged to facilitate a connection between fiber artists and sheep. I am deeply humbled when customers share finished projects fiber artists have created with fiber from the flock. Everyone can’t own their own flock of sheep, but everyone can find a connection with the animals that provide the fiber that we love working with.

Looking for a project to use that wonderful handspun Tunis in? Check out the Towline Hat by Kerry Bullock-Ozkan —Spin Off Editorial team